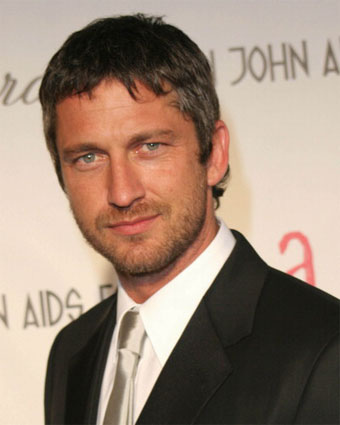 SCOTTISH hunk Gerard Butler is returning to his roots for the European premiere of his new film, Law Abiding Citizen.

He has said it will be a “thank you” to his hometown for the support he has received during his career.

But it has also been revealed that the heart-throb has turned away from a film about Rabbie Burns, sparking fears that the movie will be axed completely.

Butler revealed the Glasgow premiere in a recent online chat with fans.

He wrote: “Maybe I will see some of you at the premiere of Law Abiding Citizen because we are having out European premiere in Glasgow.

“Get merry and drink. I wish I could but I don’t. I hope to see you all soon. Have a good time.”

And a spokesman for Momentum Pictures confirmed the plans.

He said: “It hasn’t been announced officially yet but the premiere will be on November 15 at Cineworld, Renfrew Street.

“It will be something different having him in his home town.”

But the news comes in the same week that it is revealed the Hollywood star has snubbed a film about Robert Burns that was due to be made this year.

And there are now worries that it won’t go ahead at all due to the big name lead dropping out.

A source close to the movie said: “Gerry was up for playing the part a couple of years back – but it’s not on his radar now.

“He has much bigger projects in the pipeline and has pulled out. It’s a huge blow. To be honest, there’s little chance of it being made at all without Butler involved. He was the key.”

A spokesman from Scottish Screen confirmed that the film, which was due to be co-produced by London-based Mob Films, had been postponed.

They added: “Burns will not be made this year. We haven’t heard from the production company for a while and there is no chance of Gerard Butler now becoming involved.”

It’s a blow for the Scottish film industry, which has had a number of high-profile films cancelled thanks to the credit crunch.

Mary Queen of Scots – due to star Scarlett Johansson – was also given the chop earlier this year due to financial restrictions.

Butler is returning to his roots with the premiere and reminisced about his childhood days when he was chatting with fans.

He said: “I came from a family of larger-than-life characters who were a joy to be around.

“They were a lot of jokers and storytellers, a lot on warmth. But it was tough as well. There could be a serious amount of confrontation.

“My father was probably the craziest and most fun and outlandish of the lot.”

The heartthrob grew up in Paisley and was raised by his mum Margaret – not seeing his dad between the ages of two and 16.