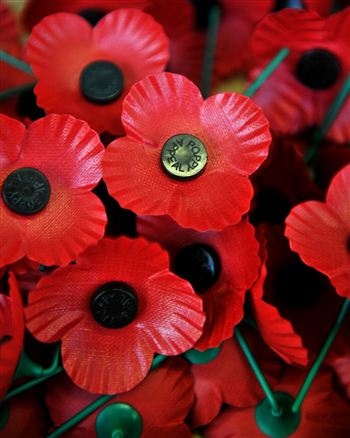 SCOTTISH politicians will be allowed to claim back the cost of Remembrance Day poppy wreaths on their expenses – despite a ruling banning Westminster MPs from doing the same.

The news comes just a week before the traditional services to pay tribute to the country’s fallen heroes.

The decision comes as a surprise as earlier this year fifteen MSPs were criticised for claiming back the wreaths as “running costs” last year.

Following a public outcry, all fifteen paid the money back.

But the Scottish Parliament Corporate Body has decided MSPs will be allowed to bill the taxpayer for the traditional tributes.

They had been asked to give guidance to politicians on the issue.

“The SPCB agreed that, where a member was representing the Scottish parliament, payment for the wreath was a legitimate expense and the cost could be claimed.”

But the decision has sparked fury from other politicians and the family of servicemen killed in action.

Clive Fairweather, the former deputy commander of the SAS, said: “The whole point of Remembrance Day is sacrifice, giving and remembering rather than taking.

“MSPs should keep this in mind when putting in their next expenses claim. They should pay for it out of their own pocket.”

And Lothian Tory MSP Gavin Brown said: “MSPs should think very carefully before making such a claim. Just because the SPCB has said it is okay does not make it a legitimate expense.

“Remembrance Day is all about the sacrifice made by our fallen heroes and that should not be forgotten.”

Bob Wright lost his only child Mark three years ago when he went into a minefield in Afghanistan to rescue his colleagues.

The 63-year-old from Dalkeith said: “This is absolutely shocking and disgusting. Quite frankly, it is a slight to the memories of the men and women who have lost their lies fighting for this country. If any of the MSPs do make these claims, they will be showing utter disrespect.

“Do they not think enough of our lost servicemen and women to cover the relatively small costs themselves? Do they not get paid enough? This is nothing but an insult.”

A spokesman for the Scottish Conservatives said that none of the party’s MSPs had ever claimed back money for wreaths.

And both the SNP and Scottish Liberal Democrats said none of their MSPs would be claiming the expense back this year.

But a spokesman for Scottish Labour said it was a matter for individual MSPs.

Fleming tops poll of most important Scots in history