Council and toilet firm bogged down in dispute 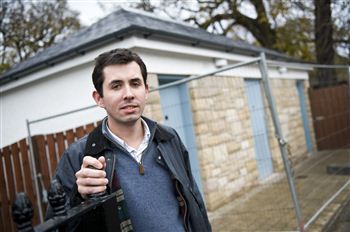 RESIDENTS are being prevented from using new public toilets after a toilet firm caused a stink with the local council.

Edinburgh City Council and Ego-Logical have become bogged down in a £16,000 dispute over the building of new public lavatories in the city’s Colinton area.

The toilet firm built a new facility for the council, in return for possession of the old toilet block, which they may turn into a house or offices.

But the council is believed to have asked the company for an additional £16,000 for the old toilet building.

Colinton & Fairmilehead Councillor Jason Rust said: “The old toilets are now in a shocking condition internally.“The new public toilets are ready for use and heads have to be banged together – a public convenience it is not.

“I understand everyone from bus drivers to walkers in the Pentlands and local people make use of the toilets.

“The community was keen for years to remove the eyesore that was the old garage site in the heart of the village.

“This development was therefore broadly welcomed and it is disappointing that after all this time there is this further delay.”

Eco-Logical director Eddie Matheson said: “The toilets have been complete since 12 September and are ready for use – we’d like to get them handed over as soon as possible.”

David Bewsey of the Colinton Amenity Assocation said the council had asked for £16,000 from the developers.

In return they would be free to turn the previous toilet building into a house or office.

He added that he hoped the erection of the new toilet building would put an end to “cottaging” between men.

He said: “The figure seems high considering Eco-Logical are giving Colinton something new.

“It is a better facility and perhaps there won’t be so much cottaging going on because it’s a more exposed site.

“There have been problems with the old toilets, like water leaks.

“The new facility is there, ready to go and I think everybody’s hacked off about it.”

A spokesman for the Edinburgh Council said: “Discussion with the developers are currently ongoing.

“In the meantime the council had toilets which remain open in Colinton.”

Appeal for witnesses near Colinton

Woman ordered to remove her door by Scottish Government