A SHAMED police officer has been forced to quit his job after he smashed his car following a drinking binge. 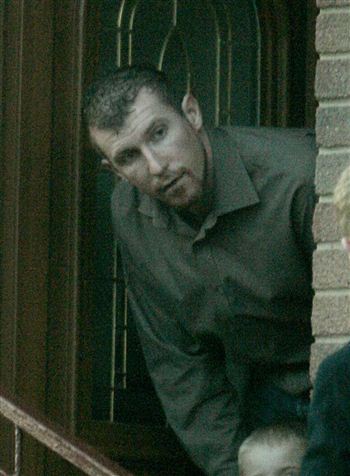 David White, 28, downed glasses of wine following a bust-up with his estranged wife before getting behind the wheel – to buy cigarettes.

But fellow cops saw him staggering from the scene of a smash at a roundabout and found White to be almost THREE times the legal driving limit.

White admitted that he had been driving the car and was put on restricted duties by Lothian and Borders Police.

And yesterday at Livingston Sheriff Court White admitted drink driving and his lawyer revealed that he had quit as an officer earlier this week.

White – who already had fixed-fines for running a red light and speeding – was hit with an 18 month road ban and fined £335 over the offence which happened last month.

Fiscal depute Lisa McCloy told the court that officers had come across White’s wrecked motor while on routine duty in Livingston, West Lothian on October 18 this year.

Miss McCloy said: “At 9pm police were on routine duty and as they patrolled along Deans North Road they could see the car stopped at a roundabout with damage to its front end.

“As they drove towards the vehicle a member of the public flagged the police car down and pointed to the accused who was walking away from the vehicle.

“The police officers caught-up with the accused and placed him in the rear of the police vehicle to obtain his details.

“At this time they detected a strong smell of alcohol on his breath.”

A roadside breath test confirmed that White was over the legal limit and further tests at Livingston Police Station showed that he had 99 microgrammes of alcohol in every 100ml of his breath – the legal limit is 35.

White’s lawyer, David Hunter, said that the incident had been a “pretty spectacular shot in his own foot” and added that he had resigned from Lothian and Borders Police the day before his hearing.

Mr Hunter said: “As a result of this he was required to resign from his occupation and as of yesterday (Monday) he is unemployed.

“The net result is that he has lost his job and lost his career.

“He is under no misapprehension that he has shot himself in the foot.

“It is a pretty spectacular shot in the foot.”

Mr Hunter said the dad-of-one had turned to red wine after a bust-up with his estranged wife and had then tried to drive to a garage to buy cigarettes.

He added that it is not yet clear whether or not the 2005 registered car had been written off in the crash.

Sheriff Douglas Kinloch said: “The only charge before me is drink driving, obviously that is a serious enough charge.

“Taking into account the effect on your livelihood and that you have now resigned from your job as a police officer it is my view that a fine of £500 will be appropriate.

“You were well over the drink drive limit and there needs to be a disqualification of 18 months.”

He also fined White £335 which, he said, he had reduced from £500 because of White’s guilty plea.

Last night a spokesman for Lothian and Borders Police said: “We can confirm that a former officer appeared in court today in relation to a road traffic offence.

“The officer resigned from the Force following his arrest.”

They added: “Lothian and Borders Police demand the highest standards of its officers and staff.

“Our communities can be reassured that if the behaviour of any of our employees falls below these high standards, Lothian and Borders Police will fully investigate and take appropriate action.”

However shamed White was still allowed to slip out a side door at court to avoid waiting photographers.

When confronted at his home in Livingston later, he had no comment to make.