A MAN who made up an entire family and claimed to be fighting for custody of his kids to con a workmate out of £30,000 has been jailed for 15 months. 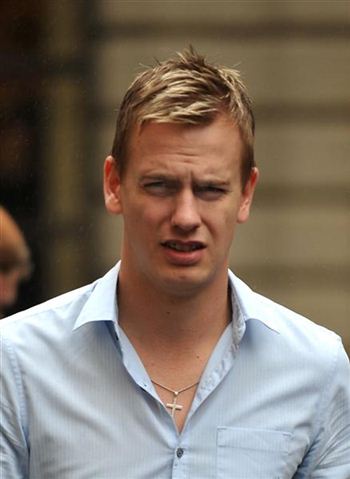 Former Scottish Water employee Alexander Shields looked for pity from his “naïve” workmate Lynn McFarlane by pretending he was embroiled in a custody battle and asked her for cash.

She fell for his elaborate domestic nightmare – before it was revealed he had made up having a wife and kids simply to dupe her.

The 26 year-old Bathgate man then recklessly gambled the lot without making a penny back.

Today (Thurs) at Edinburgh Sheriff Court he blamed a gambling addiction and said he “always intended to give the money back.”

But Sheriff Neil MacKinnon branded him “dishonest, calculated and callous.”

Desperate for cash, Shields targeted Miss McFarlane over three months, feeding her lies to get the money he craved.

He told Miss McFarlane he wanted to leave his wife to be with her, but needed money to pay for lawyers and to pay back loan sharks he claimed were threatening him.

Duped into thinking Shields was in trouble, Miss McFarlane forked out all of her money for him, took out loans and even plunged £6,000 into the red.

It was only after three months that Miss McFarlane realised Shields was living a lie, as his made-up family madness went beyond belief.

She reported him to police, and in court Shields admitted using a fraudulent scheme to get money between January 15 and March 31, in 2008.

His defence agent Peter O’Neill said: “As the friendship grew he felt comfortable enough to ask her for money.

“He didn’t always expect to get it, but as an addict does, he kept on going back to the source of money.

“He says he always intended to give it back but was constantly chasing his losses.

“He thought that if he got another £500 everything would be forgotten about, but that never happened.”

“None of this was true”

His imaginary second-life got so out of control that Shields had no idea how much money he owed his gullible colleague.

Fiscal depute Ruth Ross-Davie said previously: “He told her he had separated from his wife and that she was threatening to divorce him and remove his daughter from the UK and that he required lawyer’s fees.

“Then he told her he owed money to so-called loan sharks who were threatening him and sending text messages threatening her.

“None of this was true, as he well knew.

“Whenever she expressed any doubt he would reassure her that he wasn’t lying and that he wanted to be with her as soon as the matrimonial problems were resolved.

“It seems Miss McFarlane was rather naive and inexperienced with relationships and this made her a target for his scheme.”

And court heard yesterday that he went into depression and continued gambling to “cheer himself up.”

Mr O’Neill added: “Of course £30,000 is a huge amount of money and gambling is his one and only vice.

“He didn’t face up to the problem and thought it was nearly half the amount he owed.

“He could not believe he let it get to this stage. His depression has never been properly diagnosed and big wins can cheer someone up.

“His family are supportive but deeply ashamed.”

Unemployed and on benefits

After leaving Scottish Water, Shields began an IT course at college but packed it in after his first court appearance in September when he realised jail was looming.

His lawyer admitted there was “little chance” of Shields, who was getting £65 per-week via a Job Seeker’s Allowance, getting a job in the current climate.

Sheriff MacKinnon told Shields: “Your behaviour on this occasion was not only dishonest, it was calculated and callous.

“You took advantage of the trust placed in you by the complainer.

“To protect the public from serious harm I impose a supervised release order of six months.

“After you are released you must report to a supervising officer, and if you breach the order you are liable to return to prison.”

A Scottish Water spokesman said previously: “This was a personal matter between to former agency staff who are no longer working with us.

“No Scottish Water money was lost.” 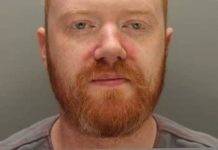 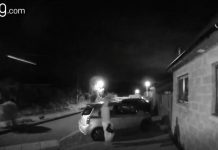 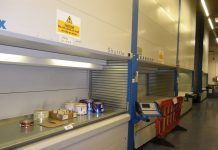