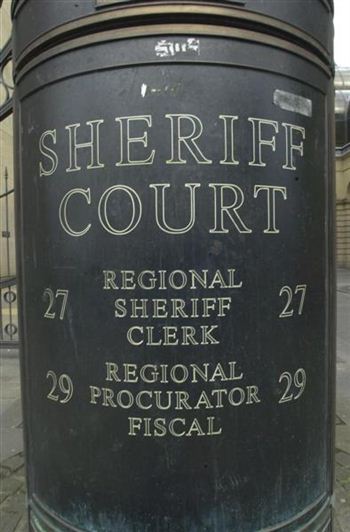 The four children – aged between 10 and seven – were forced to live in squalor while their father grew tended cannabis plants in a cupboard in their grubby Edinburgh home.

The youngsters were discovered sleeping on the floor covered by dirty bed sheets.

When police entered the filthy flat, they called in social workers who immediately took the neglected kids into care.

Their faces were so dirty that police said they resembled “street urchins.”

The illegal plants had fans and heat lights to keep them at their optimum temperature for growing.

The dad has since been ordered to do 100 hours of community service for cannabis cultivation, while the 48-year-old mum previously admitted wilful neglect of her two boys and two girls.

She was due to be sentenced at Edinburgh Sheriff Court yesterday – six months after admitting neglect.

But Sheriff Frank Crowe admonished her after hearing that the family have since been re-homed.

He warned her that if the youngsters’ living conditions deteriorate again, there could be “drastic consequences” for the parents, who cannot be named for fear of identifying the children.

Court was previously told how police were called to the family address on April 21 last year investigating complaints about the anti-social behaviour of their nine-year-old son.

Ms More said: “Both officers observed that the house was extremely dirty and smelt strongly of filth.

Yesterday, lawyer Jim Stephenson said the mum was struggling to control the four young children when the police showed up.

He said: “The father had been away at that point and she was clearly not coping well on her own.

“She has since been re-housed and has the Children and Families Unit working very well with her and the children, who are now back in her care.”

Sheriff Crowe told her: “You lost your tenancy and put the whole family under terrific strain.

“I am prepared to admonish you, as you have kept out of trouble over the past six months.

“You do now have this conviction on your record and if similar cases come to light it could have drastic consequences for you and your family.”