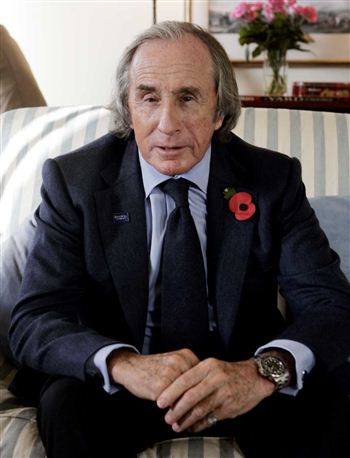 THE ancestry of one of Scotland’s most treasured sporting heroes is to be displayed at the National Archives as part of the Famous Scots series.

The family history of F1 racing champion Sir Jackie Stewart – who won three world championships – is to be part of the finale for the popular exhibition in Edinburgh.

Experts at the ScotlandsPeople Centre at New Register House have delved into Sir Jackie’s past to allow visitors to trace the sportsman’s family’s humble roots as Renfrewshire farmers.

George MacKenzie, keeper of the records at the National Archives of Scotland said: “We’re delighted and honoured that Sir Jackie Stewart has agreed to be featured as the sixth and final Famous Scot.“This free exhibition gives people an insight into the family story of one of our most celebrated Scots, as well as into our shared past.

“I encourage as many people as possible to see the exhibition in the impressive setting of the ScotlandsPeople Centre.

“Those who cannot join us here in Edinburgh can of course investigate their own geneaology through the website. The final show marks a fitting end to our contribution to the year of Homecoming.”

The display is part of the Homecoming Scotland celebrations, and will also allow members of the public to trace their own families, either on site at New Register House in Edinburgh, or through the online database on their website.

Marie Christie, project director at Homecoming Scotland, said: “We are delighted to be working in partnership with the ScotlandsPeople Centre to stage the ‘Famous Scots’ exhibition in 2009.

“Ancestry has been a key theme for Homecoming Scotland and visitors to the exhibition can see not only Sir Jackie Stewart’s family history but learn how to undertake their own genealogical research.”