Mum hits out at local authority

THE mum of a young boy who was assaulted by a sex offender after a council granted the pervert a licence to be an ice cream man has hit out at the local authority. 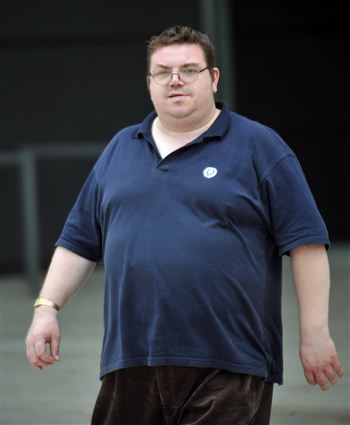 George Ward, 33, attacked the 12-year-old boy after taking up an ice cream run in Livingston.

The terrified lad was grabbed by his arm and pulled towards Ward’s van as he sold treats to youngsters in the West Lothian town.

Ward – who has previous convictions for public indecency and stalking – was a registered sex offender with a sex ASBO imposed on him at the time of the offence.

West Lothian Council insist that he conned them into granting him a street traders licence by lying about his name and age.

But the boy’s mum blasted the council for not checking on Ward’s real identity and revealed her relief that nothing worse had happened while he had been serving local kids.

The 33-year-old, who cannot be named, said: “I was shocked to think that he had been given a licence to work as an ice cream van driver. You always think that you can trust these people because they work with children but obviously not.

“I just wondered why the council would give him a licence.

“I think that it is terrible that that has not been done properly, the council should have looked into it further.

“It is the kids that are going to use an ice cream van and around here there are lots of kids. It is something that the council should be more careful about.

“Not checking his identification is disgusting – he should have had to produce his drivers licence, his passport and his birth certificate.”

The mum-of-three said her child was left badly shaken by the March attack, while her other two children were also terrified.

She said: “He said that Ward had grabbed him and tried to strangle him.

“He was upset, he was agitated and worked-up and frightened to go back out.

“It took he and the other two boys who were there months before they would venture back out of sight.”

Ward was slapped with a sexual offences prevention order in August last year after a string of worrying incidents.

The order had strict rules to help prevent him from committing sexually motivated offences and included a condition that he get police permission before taking up any employment.

The Crown accepted not guilty pleas over obtaining a street traders licence by fraud, as well as a claim he perved on a 12-year-old girl.

Sentence was deferred for six months for Ward, of Inverkeithing, Fife, to be of good behaviour.

A West Lothian Council spokesman insisted Ward did cheat them into handing him a licence but said that lessons would be learned from the incident.

The spokesman said: This individual provided the council with a false identity to obtain his street trader’s licence.

“If he had provided us with the correct information, which he is required to do under the terms of the sexual offences prevention order and in terms of licensing legislation, he would not have been granted a licence.

“We have changed our procedures to help prevent incidents such as this occurring in the future.”

The boy’s mum, who lives in Livingston, said she was pleased the council were taking a tougher line, but added that it could have been too late.

The cleaner, who is married to the boy’s lorry driving dad, said: “It is good that they are now checking but it is a bit late now.

“I have two younger kids and they are scared to go out now as well.

“He could have got my boy into the ice cream van and taken him away and done anything to him or another child.

“It is a horrible situation, it is scary to think that you cannot let you kids go outside the garden gate.”