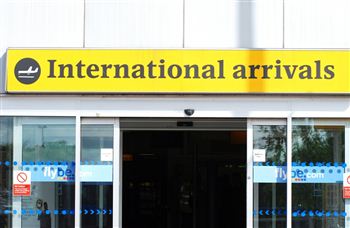 PASSENGER numbers have nose-dived at one of Scotland’s best known low-cost airports.

Glasgow Prestwick Airport said the number of people travelling through the Ayrshire hub are down 28 per cent year on year.

But bosses are now pinning their hopes on winter-sun flights and summer bookings for 2010 to help see them through the recession.

Graeme Sweenie, chief commercial officer, admitted: “2009 has certainly been a challenging year for the airport.

Insisting that the airport’s prospects remained “excellent”, he pointed to the fact that operator Ryanair had recently laid on more winter flights as being a positive sign.

He added: “These new destinations are a huge vote of confidence in Glasgow Prestwick by Europe’s largest low fares airline.

“The summer 2010 schedule is now on sale to over thirty destinations.”

“We understand that competing airlines at Glasgow Airport have reduced their capacity for summer 2010, so our strategy of being Scotland’s year-round gateway to sun, sea and sangria is working well for us, and hurting our competitors.”

Earlier this month figures released by aviation consultancy RDC Aviation showed that Britain’s 33 busiest airports had all reported lower figures for the first eight months of the year than previously.

British traveller are taking nine per cent fewer flights overall, it said, with Gatwick in London the biggest loser, seeing passenger traffic down by two million.