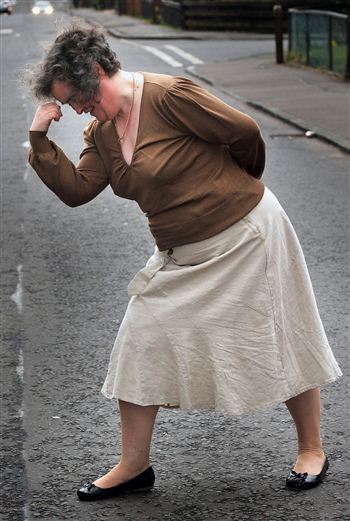 THE FAMOUS pub where singing sensation Susan Boyle sang karaoke is run by one of Scotland’s most successful sex-for-sale sauna bosses.

Susan used to meet friends and sing her heart out at the Happy Valley Hotel in Blackburn, West Lothian, before she achieved worldwide fame.

But now it has been revealed that the man behind the friendly local is sleaze magnate Felice Di Resta – who also owns an Edinburgh lap dancing club and sex sauna.

Di Resta, who runs the hotel through his firm The Old Coach Inn Ltd, also owns Edinburgh strip club Bottoms Up, as well as the Ambassador Sauna.

The £1million-a-year company director said: “Susan still drops in for a drink and a visit.

“I’m going to buy her CD when it comes out, it’ll be a storm across the globe.

“When she comes back here to Blackburn she comes in to see her friends at her local.”

He added that he is now “retired” from the family sauna business, but said he was still involved at the pub.

Di Resta, who was once dubbed Don Curly Wurly because people said he looks like an extra from The Godfather, is also the licensee for the hotel.

The Happy Valley Hotel has been visited by SuBo fans from around the world since the 48-year-old’s overnight global success.

However last month barmaid Annemarie McCormack – who has often been interviewed on TV – was jailed for nearly three years for her involvement after a £30,000 police drugs sting.

McCormack put undercover cops in touch with dealers after they approached her at the pub.

One regular said: “I always used to see Susan in here before she was on Britain’s Got Talent.

“But I’m pretty sure she didn’t know that some sort of filth-peddler ran the place – I had no idea either until recently.

“I think this is going to be the talk of the steamie for quite a while – I don’t think anyone will quite believe it.”

Susan’s debut album is released next week – just a few months after she first appeared in at the Clyde Auditorium in Glasgow.

In a recent interview, Susan revealed she always felt like an outsider until her success this year, adding that her parents were told by doctors “not to expect too much” from her because of her mild learning difficulties.

She also spoke about her breakdown and admittance to The Priory earlier this year, but promised fans that she is “not the wee frightened lassie anymore.”

The singer is currently back in Scotland to visit friends, and has been seen eating at pubs and restaurants in Bathgate, near her hometown of Blackburn.