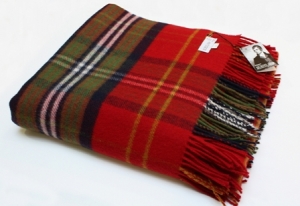 A SCOTS knitwear company has had to almost double its staff to cope with a new order of school uniforms – for Hogwarts School of Witchcraft and Wizardry.

Lochaven International, based in Ayrshire, have supplied the iconic school uniforms for the Harry Potter film series since 2001, and have just finished producing 400 garments for the sixth instalment of the series.

However a 25,000-fold surge in internet traffic has meant that the firm have now had to bolster their staffing levels, after online Harry Potter fans found out that the movie’s woolly garments were made in Scotland.

Since then they have been bombarded with orders for Hogwarts outfits, and have had to double in size to cope with the demand as work has commenced on uniforms for the smash series’ dramatic final instalment.

“Even if you take Harry Potter out of the equation we’re working at full capacity.”

With garment production at the company’s mill pushed to the limit, Lochaven plans to bolster its staff to 40.

In addition to outfitting Potter, Weasley and company, the firm has also been in negotiations with Warner Brothers to supply clothes for a new Harry Potter theme park.

Potter fans at the park, which is due to open in Florida next year, would be able to buy Scots-made woolen uniforms of Hogwarts four school houses – Gryffindor, Hufflepuff, Ravenclaw and Slytherin.

Managing director Keith Murray added that he hoped that the company would gain valuable promotion from the move.