A CLUBBER had his ear bitten off as he tried to break up a street-brawl. 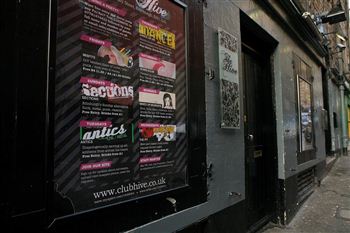 But after stepping in to stop the punch-up, Mr Meloni became the victim as 19 year-old thug Clark lashed out and chomped his lug off.

Mr Meloni, is now facing the possibility of travelling abroad to get reconstructive surgery.

Clark yesterday (Tues) pled guilty to assault to severe injury and permanent disfigurement at Edinburgh Sheriff Court and will be sentenced next month.

He had been out drinking with friends at the club, just off the capital’s Royal Mile, on February 28.

Mr Meloni had left the club for a cigarette when a fight started on Niddrie Street.

He tried to break up the scuffle but was punched in the face by Clark, leaving him with a cut lip.

Despite blood dripping from his mouth, Mr Meloni managed to restrain Clark on the ground by holding his collar.

But Mr Meloni was dragged off Clark who then jumped up and took a chunk out his ear.

Clark – of Edinburgh’s Brunstane Road – fled the scene and Mr Meloni was taken to Edinburgh Royal Infirmary for treatment.

Court heard that Clark was later arrested at a police station when he went looking for friends who had been detained earlier that night.

Under police interview, the 19-year-old claimed to have little recollection about the evening as he was so drunk.