A TEENAGER killed his girlfriend hours after she told a friend she was going to leave him, a court has heard. 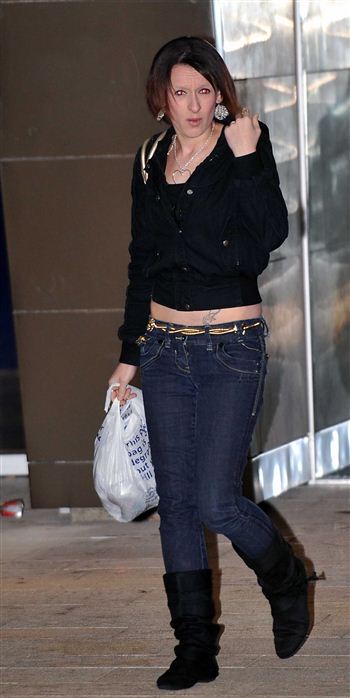 Stewart Blackburn, 18, started a blaze which killed Jessica McCagh at the flat which they shared in Arbroath in April this year.

Gemma Moir, 20, said that the night before the fire Miss McCagh, 17, had told her that Stewart was an “asshole” and she was going to pack her things and leave him.

Stewart Blackburn, 18, admits killing Miss McCagh but denies murder and is currently on trial at the High Court in Livingston.

It is alleged Blackburn threw petrol over Miss McCagh and her bed before setting fire to her, causing the injuries that killed her.

Blackburn also faces an assault charge against Miss McCagh as well as claims he pointed an air-rifle at two men and repeatedly pulled the trigger.

Today (Tuesday) Miss Moir, who lives near to the Bloomfield Road flat which Blackburn and Miss McCagh shared in the Tayside town, said the couple had had a bust-up at a party she had thrown.

Miss Moir said Miss McCagh had said she was planning to dump Blackburn that night during conversations in Miss Moir’s kitchen and bathroom.

“She was kind of annoyed about her and Stewart arguing or something.

“Stewart kept trying to speak to talk to her and she would not speak back because she was annoyed.

Solicitor General Frank Mulholland, prosecuting, asked Miss Moir what she and Miss McCagh spoke about in the bathroom.

Miss Moir said that she had taken this to mean that Miss McCagh had planned to go to the one-bedroom flat in Bloomfield Road that she shared with Blackburn before going to her mum and dad’s house.

Following the discussion, Miss Moir said, she and Miss McCagh went back downstairs and were met by Blackburn before a row broke out.

She said: “I remember her saying ‘I’m going home’ and he said ‘why are you being like this?’.

“Jessica just walked out and Stewart went out after her and I went after them to see where they were going and to see if Jessica was okay.

“Jessica said she was going home and Stewart was like ‘don’t go home, stay here.’

“She was basically like f*** off and she walked away.

“He said ‘God sake’ and followed her.”

Miss Moir admitted she had been drunk that night having had cider and vodka among other drinks.

She said that Jessica and Blackburn had been together at the party and while Jessica was drinking vodka and was drunk.

Miss Moir said that she was not sure if Blackburn had been drinking or if he was drunk.

And under cross-examination she admitted that Blackburn and Miss McCagh often argued when they had been drinking and that she had often threatened to leave Blackburn.