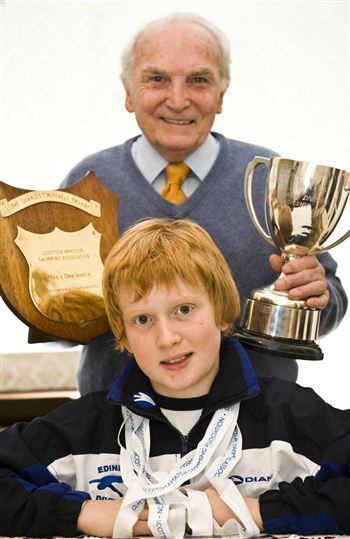 AN aspiring young Scots diver has been awarded the top gong his grandfather won – 52 years ago.

At just 12-years-old James Heatly has become the youngest ever Scottish Springboard Champion at the championships in Newtongrange, Midlothian.

And he’s already following in the footsteps of his grandfather – who dominated the sport for a decade, winning Commonwealth gold three times.

Sir Peter Heatly, who went on to become chairman of the Commonwealth Games Federation, proudly looked on as his grandson beat off older rivals to make his mark.

The 85-year-old, who was knighted in 1990 for his services to sport, said: “He has a real passion for the sport and he seems to be thinking about it all the time.“I have never been involved in training him myself, but he always had a natural interest in diving and trains really hard.”

Sir Peter won gold at the New Zealand games in 1950, Canadian games in 1954 and the 1958 Commonwealth Games in the UK, before going on to become chairman.

James’ proud dad Robert said that the win was well deserved, and that his gruelling five-nights-a-week training regime paid off. 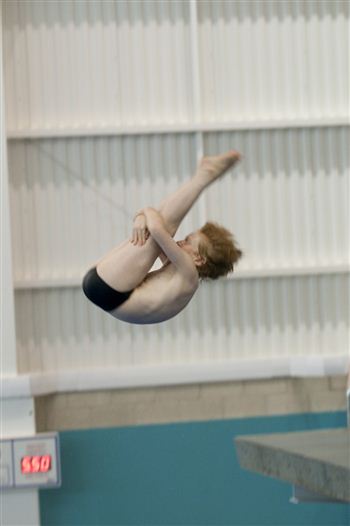 He said: “It was great that James managed to emulate his grandfather and win the trophy.

“He has worked hard on his diving over the last year and his scores are showing that.

“There was a lot of concern about the closure of the Commonwealth Pool.

“However, a number of parents from Edinburgh Diving Club did a huge amount of fundraising to help with the relocation of the boards to the Newbattle Pool and training numbers have remained high.”