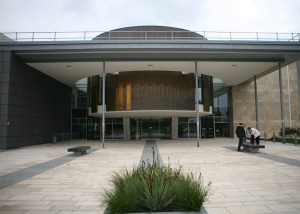 A MURDER accused teen may have held a door closed to stop his flame-engulfed girlfriend from escaping a burning room, a court has heard.

A bent handle on the door of the bedroom that Jessica McCagh burnt to death in could indicate that Stewart Blackburn trapped her in the blaze after setting her on fire, according to a forensic fire expert.

Jessica died at Ninewells Hospital in Dundee shortly after the inferno at Blackburn’s flat in Arbroath on April 25 this year.

Blackburn, 18, admits killing Jessica but denies murder and is on trial at the High Court in Livingston.

Today Andrew Wade, a fire investigator with First Forensic Limited, told the jury of 10 men and five women that the charred scene at the flat was consistent with Blackburn trapping the tragic farm worker in.Mr Wade, 54, said: “The door handle on the living room side of the door was bent out horizontally. This bending was not a result of the heat.

“The paint work around the handle was unscathed.

“This damage was indicative of mechanic force being applied.

“Some kind of force had been applied from the living room side of the door at some time.”

Following an inspection of the flat where Jessica was killed, Mr Wade made a report on the circumstances of the fire.

In it, he refers to two key indications, that Blackburn could have held the door closed after Jessica went up in flames.

As well as the bent handle, Mr Wade said a second fire started after the original one, which lit Jessica.

Mr Wade said it was possible that this may been started by pieces of burning material falling from Jessica as she battled to get out of the blazing room.

Reading from his report Mr Wade said: “In our view the fire was the result of ignition of petrol on the clothing of Jessica McCagh and the bed she was sitting on ignited by a naked flame such as a match, cigarette lighter or a lit paper.

“The burning at the foot of the bed, between the end of the bed and the bedroom door cannot be explained by fire spread from the main area.

“It represents a second area of fire damage, either from burning material falling from Jessica McCagh or a separate source of ignition.

“The burns to the clothing of Stewart Blackburn are consistent with him being in this area during the fire.

“The bedroom door had been closed for the duration of the fire.”

Mr Mulholland said: “Jessica McCagh is sitting in the corner of the bed, petrol is poured over, she is set on fire with a lighter.

“The fire takes effect and Stewart Blackburn then leaves the room.

“The door is closed and he holds it closed, is that scenario consistent with your findings?”