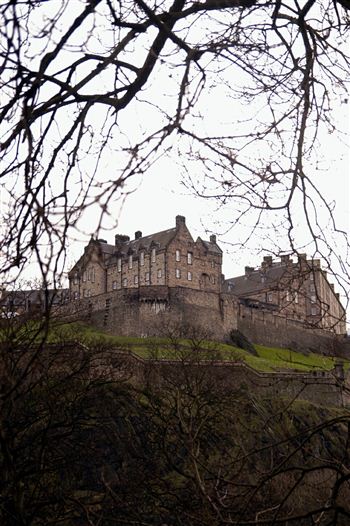 EDINBURGH Castle had to close its doors for the first time in over a year because of high winds.

Staff at the popular tourist attraction took the precaution after recording wind speeds of up to 60mph at the high points of the building.

Initially it was hoped that the castle would be able to open late on Wednesday, but the weather didn’t improve and Historic Scotland decided to wait until today (Thurs) to allow tourists back in.

The esplanade was also shut, and staff were positioned at the entrance to explain the situation to visitors.

The worry was that people might be blown over by the winds, and possibly even swept over the side of the attraction.

It is rare for the castle to close because of the weather, but it was shut for one day last year due to “extreme winter weather”.

A spokeswoman for Historic Scotland said: “The wind speeds being recorded at the higher parts of the castle, and even on the esplanade, were of a dangerous level, in some cases over 60mph, and so we took the decision not to open as normal, but to wait and see if the weather improved.

“Staff carried out checks every hour, but the winds remained high and so we had to close for the whole day. We apologised to tourism, and a lot of them said they would try and come back later in the week.”

The high winds also led to restrictions on the Forth Road Bridge, which was closed to high-sided vehicles throughout the day.

The Met Office said the high winds were expected to die down, but that rainfall is expected for the rest of the week and could become heavy over the weekend.