AN aspiring Marine has had his entry to the Forces suspended after being caught selling over £18,000 of stolen camping gear on eBay. 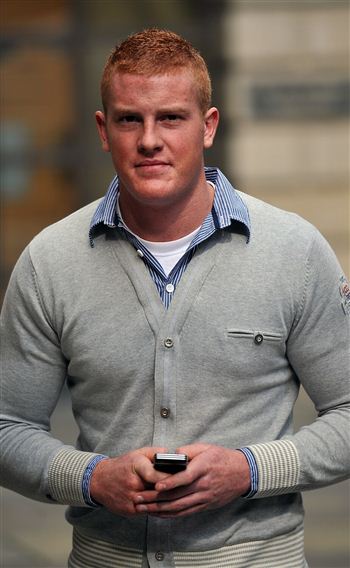 Andrew Pringle, 22, was working at Tiso and helping colleagues to pocket huge profits from goods they bought with their staff discount.

But when it dawned on him that some of the kit his workmates were getting him to sell was stolen, he turned a blind eye.

If jailed over the eBay swindle, Pringle will be banned from joining the Marines for seven years.

Sheriff Derick McIntyre today (Friday) gave him until Wednesday to stump up the cash to give him a chance of dodging jail, but warned: “I’m not making any promises.”

Tiso’s Commercial Street store in Edinburgh lost on out on £18, 269 of potential income from the goods, had they been sold at the recommended retail prices.

But it took shop bosses over a year to realise the gear had gone missing and that one of their own staff members was the main culprit.

Police contacted eBay and PayPal, and Pringle was charged with theft, which he previously admitted at Edinburgh Sheriff Court.

“It was easy to trace him”

Fiscal depute Melanie Ward said previously: “It was fairly easy to trace him because he used his own bank account.

She said: “At the shop where he had been working, the mark up on the items sold is significant and there was a staff incentive where they were allowed to buy items at a discount of 60 per-cent.

“Other staff had been in the habit of doing that legitimately and selling them on for profit and it was in that context that Mr Pringle suggested they could put them on the website.

“There was no initial intention to be dishonest and what started out as a legitimate enterprise to help colleagues snowballed into something much more significant.

“He was paid a very small amount by his colleagues, to whom the vast amount of money was passed on. ”

She also explained how his hopes of joining the Marines had been dashed as a result of his arrest following the police investigation.

She said: “He is so deeply ashamed about his involvement in this and accepts full responsibility.

“If he receives a custodial sentence today then there is a seven year bar for him to reapply.

“But it is a reflection of his character that an organisation such as the Marines is still willing to consider him.

“In the two years he has saved £5,000 and his parents have assisted by raising the remaining figure.”

Sheriff Derrick McIntyre said: “This is a pretty serious matter and you were in a position of trust.

“You abused that trust and were simply sucked into this.

“With your background that should not have happened.

“But you have offered to repay the money and that is of great significance to the ultimate disposal.

“I’m not making any promises.”

Pringle was allowed bail on the condition he repays the cash and will be sentenced next week.