A DOCTOR and his wife have been fined £5,000 for what a Sheriff described as “the most outrageous breach of the peace I have ever experienced” in his 20-year career. 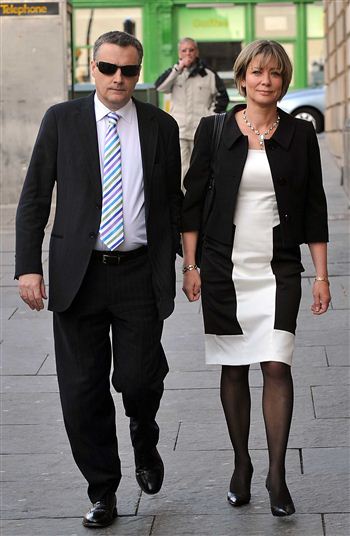 Dr John McCallum and his wife Michele “ambushed” their neighbour Roslyn Kinder after hearing that she had tried to run over their kids in her SUV.

The Edinburgh doctor – who earns £100,000 a year – blocked Mrs Kinder from parking her car while his wife hounded her for an explanation.

But when CCTV of the incident was shown during a trial at Edinburgh Sheriff Court, Sheriff Graeme Warner was left in no doubt.

He told the couple today (Friday): “In more than 20 years of being a Sheriff, I thought it was positively chilling to see on the CCTV.

“Had I been Mrs Kinder, I would have been scared out of my wits.”

The argument – in the middle of one of the capital’s poshest residential streets – left neighbours divided over who was in the wrong.

Even crime writer Ian Rankin – a neighbour of the warring Napier Road families – was cited as a witness, but ultimately did not have to give evidence.

Mrs Kinder, 48, said she was forced to “run the gauntlet” every time she drove her 4×4 out of her house because the McCallums – both aged 49 – “love to taunt” her.

And her five year-old son, who was with her in the car, was left so terrified that he had nightmares of the McCallums and had to see a psychologist.

After leaving her home to pick up her son in September last year, Mrs Kinder returned to find Dr McCallum standing in front of the electric gates to her home. 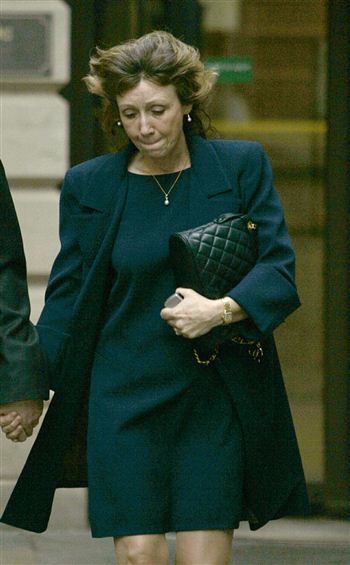 She said: “I knew Dr McCallum was waiting for me.

“It was very sinister and rather odd as he was staring at me in a threatening way.

“As I started to reverse towards my drive, he stood behind my car and wouldn’t let me past.

“He was staring fiercely and I was scared so I sounded the horn countless times.”

The couple had been told by their three children that Mrs Kinder had tried to run them down earlier that day.

But CCTV footage from her home shown in court proved otherwise.

She added: “Then Michele McCallum came out from her house looking absolutely fierce and started banging on the car screaming, “you tried to run over my children.”

“Then she got into her own car and started sounding her horn and imitating my distress, while laughing and waving to her own children. There was a sense of euphoria about them all.

“Her eyes were red and I thought she was going to assault me, while my son was sitting there terrified. He has suffered serious nightmares since this and we had to take him to a child psychologist.”

“It was causing massive uproar”

Dr McCallum said he “could only do what any parent would do” by phoning police after his kids told him Mrs Kinder drove her car at them.

But Mrs Kinder insisted she had done nothing wrong.

She said: “Police questioned me then viewed the CCTV from our house and were satisfied I had done nothing wrong.

“But the McCallums were loving it, behaving like wild animals, ambushing me.

“I do not know why they behave like this.”

Defence agent David Blair Wilson said: “Mrs McCallum was perfectly entitled to try and get an explanation from Mrs Kinder.

“When Mrs Kinder shut the car door, Mrs McCallum was entitled to open the door to speak to her.

“It does not amount to breach of the peace.”

Sheriff Warner found the pair guilty of breach of the peace and fined them £2,500 each.

He said: “Fortunately we had it all recorded for us to see in court.

“I very much regret to inform you that I found you both largely incredible witnesses.

“The conduct could not possibly have more clearly constituted a breach of the peace.

“Many of the neighbours came out into the street and it was causing massive uproar.

“You should be profoundly ashamed of yourselves and I find you both guilty of the charges against you.”