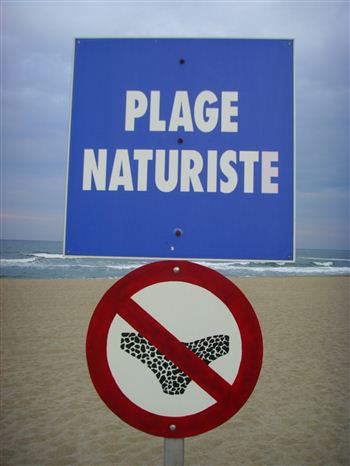 TRAVEL experts are expecting record numbers of people to go on a cruise next year….stark naked.

Nudist cruises have been on the rise for the past decade, but organisers say that next year is when they expect them to really take off.

Desperate to encourage Brits to jump aboard, companies are looking for ways to tempt the niche markets.

And offering the opportunity to chart the open seas in the buff seems to be one that is catching on.

But some travel agents don’t think the trend will appeal to Scots, saying there “would be too many goose pimples”.

At the World Travel Market conference last month, the general manager of Norwegian Cruise Line said that nudist cruises would take off as companies try and diversify.

Stephen Park said: “Niche cruising is something we will be seeing a lot of in the future. Whether you’re a music lover, a nature lover or a naturist, there will be a cruise for you.”

There is already a dedicated “clothing-optional” cruise provider based in the US, who have run the holidays since 1991.

With most of their clients ranging from 45 to 55 years old and including professions as diverse as CEO’s to priests, they put on three cruises a year around warm climes.

But Scottish travel company Barrhead Travel isn’t convinced that the Scots will be as enthusiastic.

“We don’t have too many exhibitionists”

The company’s founder, Bill Munro said: “I would say it’s not going to catch on in this country because there would be too many goose pimples.

“There are cruises catering for all demands and for all types of people – there are gay cruises for example.

“I guess there are enough people in the world who want to do it.

When asked if the company would consider offering nudist cruises in the future, Mr Munro said: “We would like to think we cater for all tastes as long as it isn’t offensive.”

And it’s a similar tale in the rest of the UK, with companies hesitant about the idea.

The chairman of MSC Cruises, Pete Pate, said: “Given the rate at which we are growing and the range of cruises offered it’s an idea which cannot be ruled out.

“However, MSC Cruises has no plan to launch a nudist cruise at present.”

But experts aren’t ruling out the buff boats just yet.

Fiona Jeffery from World Travel Market said: “The cruise industry is growing so fast that it needs a variety of themes to attract new holidaymakers to the sector.

“Nudist beaches are popular all over the world, so why not naked cruising?”