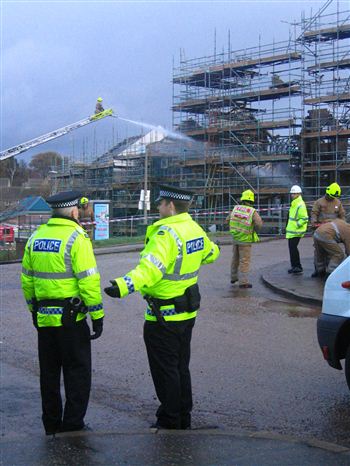 POLICE officers are forking out for their own hi-visibility jackets over fears that their own equipment is not safe enough.

Scots coppers have complained that their bobby-dazzlers aren’t bright enough, and may even breach health and safety regulations by being too long.

Officers are allowed to wear non-issue clothing as long as it meets safety standards – which they say their police jackets don’t.

A police source said: “The police have spent a huge amount of public money kitting everyone out in new uniforms but some of it is rubbish.

“The hi-vis jackets are too long and cumbersome and some don’t even comply with safety regulations.“We were promised replacements months ago but nothing materialised so we decided we’d be better off ordering our own.”

The new equipment was brought in by police forces across Scotland in 2006, with black t-shirts and body armour replacing white shirts and ties.

The Scottish Police Federation highlighted concerns over substandard equipment last year, but some forces have not received the upgraded uniforms yet.

The One Stop Cop Shop, a supplier of police gear across the UK, said they have been flooded by orders from individual officers for better quality jackets.

In particular they said hundreds of officers from the Northern Constabulary had contacted them to order equipment. 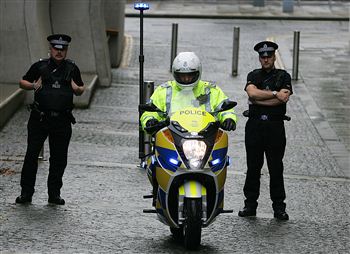 The firm supplies Goretex waterproof hi-vis jackets for £35, which are shorter, lighter and more breathable than standard issue police gear.

A spokesman said: “We’ve been absolutely inundated with requests from Scotland for hi-vis bomber jackets.

“They meet all safety requirements and include police insignia but we can also supply them to serving personnel who provide details of their force and collar number.

“A common complaint is that the jackets they’ve been issued with are not as high-visibility as they’d like and that raises safety concerns for them.”

David Ross, secretary of the northern branch of the Scottish Police Federation said: “We’ve worked to identify and secure improvements to the quality of uniform issue.

“This was done as it was widely recognised that uniform available from the national uniform contract was of poor quality and was inadequate to meet the demands of the job.

“Unfortunately it has taken some time to identify, agree and secure necessary improvements and this has led to some of our members purchasing their own items of uniform in order to meet their needs in the meantime.

“We hope that when the newly agreed items are issued these will be seen as a significant improvement and we’ll continue to work with the force to secure the best equipement available for our members.”

A spokesman for HM Inspectorate of Constabulary for Scotland said equipment matters were for the chief constables of each force.