A MAN has had his dog seized after he was caught having sex with the animal in two video clips. 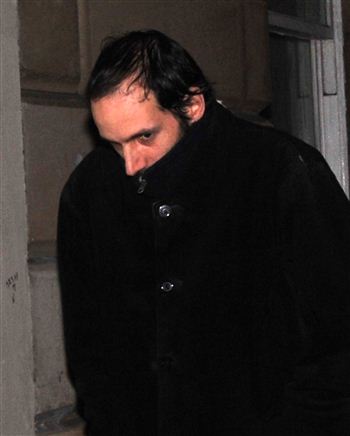 Police and Scottish SPCA officers seized the Staffordshire bull terrier from John Kerr, 30, after two recordings of him performing sex acts with the animal were handed to cops.

A friend of Kerr’s had found the clips on a mobile telephone which had been left at his flat.

After showing the movies to the dog’s previous owner, the friend handed over the phone to police who then charged Kerr with having unnatural connections with an animal.

During the police interview Kerr made full confessions and today (Tuesday) at Edinburgh Sheriff Court he pleaded guilty to having unnatural connections with a dog at a flat in the Capital’s Kirk Street.

He also admitted a charge of acting in a disorderly manner and committing a breach of the peace by allowing the animal to lick his private parts while he performed a sex act on himself.

A not guilty plea to a second charge of unnatural connections was accepted by the Crown.

Fiscal depute Aidan Higgins told the court that the offences came to light after a friend of Kerr’s found his mobile behind a couch in his flat.

Mr Higgins said: “These offences involve a dog. It is known only that these offences occurred between April 1, 2009 and November 22 because the dog was given to the accused on April 1.

“The dog in question being a Staffordshire terrier and the offences came to light on November 22.

“The way in which the offences came to light was that a friend of the accused found behind his couch a black mobile telephone.

“He made to discover the owner of the phone and he found on the phone two video clips and it was these video clips which showed the activities mentioned in the charges.”

Mr Higgins said Kerr’s friend recognised both Kerr and the dog from the clips and alerted the animal’s previous owners.

He said: “He was able to identify the accused; he has himself seen the dog previously.

“He recognised the accused in these video clips.

Mr Higgins said that once police had viewed the videos they interviewed Kerr and he admitted that it was his dog and that he had been the man in the videos.

He said: “Once the police officers had viewed the video clips they then spoke yesterday (Monday) to the accused and that was having gone to his home address where they found him along with the dog.

“The dog was taken away yesterday to be examined by a vet and that examination has still to take place.

“But it seemed at least externally that the dog was uninjured.

“He explained to the officers what could be seen in these video clips. The accused appeared to indicate that the recordings were made some time in May or June this year.

“He told police that these video clips were the only occasions on which he had an unnatural connection with the dog and he said that he could not really say why it was that he had made the recordings and that it was really only for himself.”

Mr Higgins added: “Efforts are being made to re-house the dog.”

Kerr’s solicitor, John Good, said the single man had suffered depression for 10 years and had been treated by GPs for this.

Mr Good said that unemployed Kerr had only one previous conviction for an unrelated offence which he was given community service in 2001.

He added that Kerr, of Dunedin Harbour in Parliament Street, Edinburgh, had co-operated with police, signed over the dog to the Scottish SPCA and pleaded guilty as early as possible.

Mr Good added: “There is no clear explanation as to why these offences came to take place.”

Sheriff Fiona Reith QC deferred sentence for background reports and to consider whether to place Kerr on the sex offenders register.

He was released on bail until next year.