Kids sent home from school for being drunk 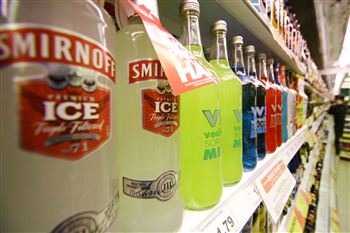 SCOTS primary pupils are being sent home by teachers for being DRUNK in class.

Shock new figures show teeny tipplers have also been admitted to hospital for treatment after boozing.

As many as five kids were sent home from class in the last year in the Lothians because they were drunk, according to the damning figures published by the Scottish Government.

The figures also revealed that seven children aged 12 or under were admitted to hospitals in the area suffering from alcohol-related illness last year.

While that is a drop from eight the year before, with the highest being 12 in 2003, it is feared to be the first time kids have been found inebriated on school premises.

Alcohol abuse is high on the political agenda at the moment with proposals to set a minimum price for booze currently being debated in the Scottish Parliament.

He said the revelations were another indication of the problem of underage drinking and highlighted the need for urgent action.

He said: “For four years the figures were zero, but now we are seeing cases of pupils being excluded for alcohol misuse and that is concerning.

“We need to establish if this is a problem that is creeping in and, if so, we must put a stop to this.

“The authorities need to do all that they can to make sure that the figure returns to zero.”

Ricky Henderson, Labour education spokesman at City of Edinburgh Council, said: “I find this shocking and surprising – not just the fact that they are drinking at all, but that it is taking place during school.

“I do know that teachers and head-teachers are very conscious of the welfare of the children, and that in these cases would work hard to try and address any issues which would case them to come into contact with alcohol.”

Recently it was revealed how youth workers are now being stationed at some A&E departments to counsel children in the area.