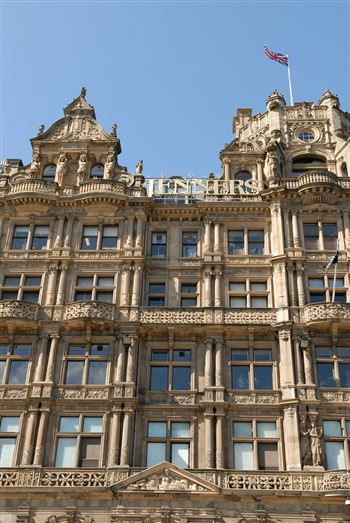 POSH Scots department store Jenners is bracing itself for chaos tomorrow morning (Sat) ready for desperate parents queuing up to get their hands on the last remaining Go Go Hamsters in time for Christmas.

And a similar rush is expected at the newly opened Hamleys toy store in Glasgow next week when the 250 toy rodents they are getting in go on sale.

The final delivery at Jenners before the festive season is planned for 9am, with a ticket system in place to try and bring some order to the scrum.

Just two dozen of the must-have toys are being made available to lucky customers, who are only allowed to buy one toy and one accessory each.

Similar scenes have been played out around the country in the past few days as shoppers scramble for the £9.99 surprise hit.

Alan Thomlinson, depute store manager at Jenners, said: “We’ve never had this kind of demand before so we’ve had to put a ticketing system in place for the first time in the store’s history.

“There won’t be any other fanfare going on that morning. The idea is to get the customers in and out the door as quickly and safely as possible.”

And a similar system will be put in place at Hamleys when their batch goes on sale at 9am on Wednesday.

“Due to the incredible popularity of the Go Go Pets range we’ve decided to operate a ticketed system and limit sales to one toy per person.

“This will hopefully ensure all our shoppers are treated fairly and everyone goes home happy.

“However, I would strongly advise shoppers to get here as early as possible to avoid disappoint as we’re expecting the toys to sell out in a matter of minutes.”

Jenners’ top rival John Lewis won’t be getting any more of the cute critters in before Christmas.

Toys R Us in Kinnaird Park had a similar system in place when it received a batch of the toys last week.

The rush comes despite a recent health scare sparked by US consumer group Good Guide, who claimed the fur on one model of the rodents contained traces of an arsenic-like chemical.

But Mr Squiggles was tested and cleared by European and US regulators.

Jenners manager George Bell said: “We are aware of the claims that one of the hamsters may be toxic, but the manufacturers said there was no need for a recall as they have passed all the safety standards.

“We’ve been assured by the manufacturers that the toys we have for sale are absolutely fine.”