CHART sensation Susan Boyle has cancelled a Canadian gig amid fears of exhaustion for the Scottish singer. 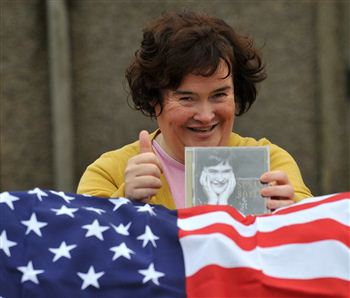 Subo – currently topping the album charts with debut album I Dreamed a Dream – was due to go perform in Toronto on December 21.

But record company chiefs decided to cancel the tour to give Susan a break in her busy pre-Christmas schedule.

The news has devastated fans on the other side of the Atlantic who say they have forked out for tickets and hotels to see the gig.

The concert had already been postponed until December 21 but has now been ruled out until next year.

A statement from Syco Music, Susan’s record, said: “Unfortunately Susan will no longer be visiting Canada at the end of this year.

“The trip will be rescheduled for 2010 to allow more time between ­international promotional trips.

“Please accept apologies for any inconvenience and Susan is very much looking forward to visiting Canada next year.”

In June Subo was taken to The Priory Clinic in London with exhaustion when it was said she was drained after losing out to dance group Diversity on the ITV1 show.

Fans on a website devoted the to the West Lothian songstress registered disappointment at the decision.

Susanfever wrote: “I am very disappointed. I know this has nothing to do with Susan herself, as she probably has no control over her schedule, but her people should have planned better than to keep scheduling and then cancel. IT IS TWICE FOR CANADA THE LAST MINUTE!!! I guess Canada is not important to Susan’s people.”

Others said they had spent thousands of dollars on non-refundable plane tickets and feared they would lose out.

One fan raged: “I purchased three plane tickets at a cost of $761.95 each. They are non-refundable.”

Subo last week revealed that she was “too busy” for love as she wrestles with a hectic schedule.

She said: “There was a TV company that wanted to set me up with a man. Apparently he was a nice man, but I’ve got my living to do now. I don’t mind being friendly, but no marriage plans as yet.”