SCOTS tennis ace Andy Murray is flogging his old match shirts in a bid to raise thousands of pounds for a malaria charity. 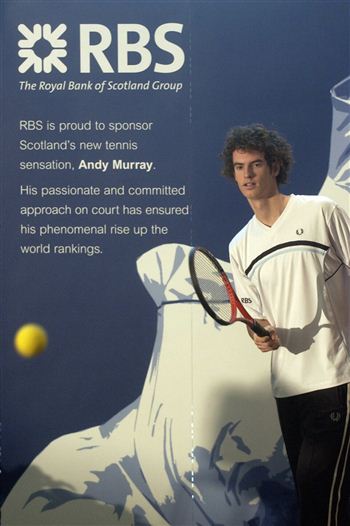 The World number four – who was recently named British player of the year – is selling 100 of his Fred Perry shirts for just £15 each after ditching the firm for a multi-million pound deal with Adidas.

And, for every shirt sold through the 22-year-old’s website, charity Malaria No More will buy three nets to save African kids from mosquitoes passing on the deadly disease.

Murray said: “This is the first global charity that I have been involved with in this capacity and it was an easy decision.

“Malaria is completely preventable, but yet it still kills more children in Africa than any other disease. We can change this.

“It is a huge opportunity and I’m urging the UK to get behind Malaria No More.”

The shirts will go on sale on Murray’s official website on December 21 and a rush by fans to get their hands on the famous threads is expected.

They will be handed out on a first come first served basis and shirts, all worn by Murray at some point, will be allocated randomly, meaning nobody can be sure of getting a Wimbledon top.

She said: “We are thrilled Andy is supporting our efforts to put an end to malaria deaths by 2015.”

Last month the star, from Dunblane, confirmed that that he had signed a five-year, £10 million deal with Adidas after five years with Fred Perry.

The deal could rake in even more for Murray should the British number one top the world rankings or win a major tournament.

Murray has worn Fred Perry gear since signing with them in 2004 but almost dumped them last year in favour of K-Swiss.

He ended up signing a one-year extension with Fred Perry, whose gear he modelled before Wimbledon.

He will sport his new kit for the first time at a tournament in Australia next month.