Track thief railroaded out of Scotland on bail

A SHERIFF has called for an investigation after man was caught trying to steal part of a railway track. 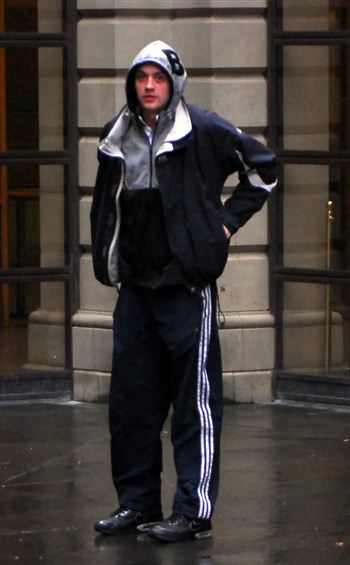 Lee Reap, 20, used a sledgehammer, an axe and other specialist rail cutting gear to try to remove “lucrative” metal parts of a train line running through Midlothian.

He claimed he thought the line was out of use after a friend told him he could “make a right bit of money” selling on the metal.

But yesterday at the Sheriff Court in Edinburgh, Sheriff Deirdre MacNeill QC said the track’s status was unclear and demanded a report.

“It has significant bearing on the consequences.”

Reap had travelled around 60 miles from his home in Berwick upon Tweed to the track near Danderhall in June.

But he was caught in a white van full of metal cutting equipment after locals heard banging noises from the midnight raid, and pled guilty to attempted theft today (Monday).

“When police arrived, Reap was seen running to a van and driving off at speed.

“He was stopped at Sheriffhall roundabout and police noted the van had numourous tools including a metal bar next to a railway sledgehammer.

“There was also a socket, a wrench, an axe, one bolt and a jack, along with a railway mount.

“He told police he had been there since 9pm after a friend told him they could make a right bit of money out of the sleepers.”

Another Berwick upon Tweed man, Hamish Middlemiss, 20, was cleared of the same charge today.

But Reap’s defence agent Chris Fehily said “drunkenness played no small part” in his client’s presence at the track.

He said: “He believed the track was disused.

Reap was released on bail on the condition he does not return to Scotland other than for sentencing in court next year.

Sheriff MacNeill told Reap: “This seems to be quite a lucrative thing to do.

“But I need to find out about the track’s use before I sentence you.”

Nurse who threatened wife with axe remains on nursing register