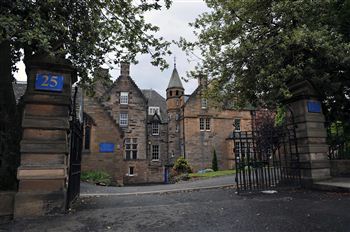 MINISTERS are being urged to investigate a top fee paying school after a THIRD sex scandal hit the academy in a year.

A male teacher at Edinburgh’s St Mary’s Music School was this week struck-off following his conviction over a nine-month sexual relationship with a 15-year-old boy. 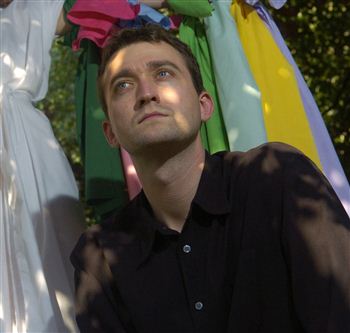 Turnell was convicted at Edinburgh Sheriff Court last December and given probation, community service as well as being slapped on the sex offenders register.

Now a Labour peer has written to Education Minister Mike Russell demanding an enquiry after it was revealed this was the third sexual conviction of a staff member or adult connected with the school in the past 14 months.

It is not clear whether or not Sutherland, 41, was employed by the school but he was a singer in the choir which includes several pupils.

And in July this year a house parent at St Mary’s School, Ryan Deneven-Lewis was given probation after it emerged he had been grooming two young girls at the school.

Deneven-Lewis, 27, admitted using lewd, libidinous and indecent practices and behaviour towards a 15-year-old and to having sexual intercourse with the 16-year-old, while in a position of trust.

Lord George Foulkes, the MSP for the Lothian region, said he was aware of each of the cases and yesterday (Thursday) said he had written to Mr Russell asking for an enquiry.

And he asked any worried parents to contact him.

Lord Foulkes said: “I have written to Education Minister, Mike Russell, asking him to investigate these cases which have been drawn to my attention and if concerned parents contact me I will take up individual cases and also pursue any general concerns they express to me”

Turnell – the latest staff member to be exposed – was caught after another staff member tipped-off  the school and the perverted sir admitted everything.

He was given probation and slapped on the sex offenders register for three years at Edinburgh Sheriff Court in December last year after admitting abusing his position of trust and having sexual intercourse with the boy, who cannot be named.

The sleazy grooming lasted from December 2007 until August 2008.

Striking him off, convener of the GTC’s disciplinary sub committee Freida Fraser said the serious nature of Turnell’s offences meant he had to be struck off.

Miss Fraser said: “The sub committee decided to direct that the registrar remove the respondents name from the register.

“In arriving at this decision members took into account the other options open to it. To consider any other option than removal would not have been appropriate in the circumstances of this case given the serious nature of the crime and that it constituted a significant breach of trust and actual harm to a child.

“The public and the profession expects and indeed deserves that such breaches of trust are addressed with due rigour.

“The sub committee decided that the respondent’s name should be referred to the Scottish minister or consideration for inclusion on the list of those disqualified from working with children.”

A spokeswoman for St Mary’s said the school always carried out the relevant disclosure checks and insisted student safety was a top priority.

The spokeswoman said: “The school’s responsibility to personal information must be complied with and we are therefore unable to disclose any further information relating to the matter.

“We can confirm that the welfare of every pupil is of paramount importance and the procedures for checking references and carrying out disclosure checks in recruitment of all staff are extremely thorough and were followed diligently in this (Ashley Turnell) as in every case.”

When asked if the series of convictions had provided further cause for concern or if they could prompt a wider investigation, the spokeswoman said she was unable to comment further.

On its website the school, in Grosvenor Crescent, Edinburgh, is described as “one of the UK’s leading specialist music schools” providing “a unique education for children with a special talent in music”.

Boys and girls from nine years old to 19 from all over the world are taught there if they pass rigorous auditions.

Last night authorities confirmed they were aware of the convictions.

The Care Commission – the government watchdog that oversees care in residential facilities – confirmed they were aware of the concerns and were working “closely” with the school.

Ronnie Hill, the Care Commission’s Director of Children’s Services Regulation, said:  “The Care Commission is aware of the incidents at St Mary’s Music School and we have been working with the staff and management to ensure the safety and wellbeing of all pupils.

“We will continue to work closely with the school to ensure that there are no further concerns over child protection issues.”

An HMIe spokesman said: “HMIe is aware of the situation at St Mary’s however our colleagues at the Care Commission are investigating the issues and HMIe are content to allow them to carry out the investigation.”

A police spokeswoman said: “Lothian and Borders Police have fully investigated each incident individually, and worked with our colleagues at the school to offer support throughout. Lothian and Borders Police have a responsibility to support all educational facilities within the area, and ensure measures are in place to protect children in their care.”

The City of Edinburgh Council said they were unable to comment as any potential investigation was a police matter.