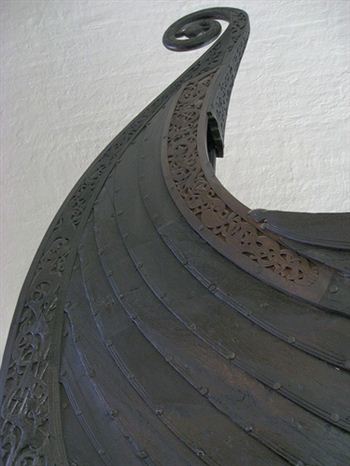 VIKING ships could return to Scotland’s waters for the revival of an ancient racing event.

Fleets of the historic crafts are expected to be used in sea-rowing contests thanks to a project launched in a Scottish coastal town.

Young Scots are being given the chance to buy and build their own galley and take part in gig ocean racing.

A world-leader in the design of self-build boats – Iain Oughtred – has jumped on board the scheme which is co-ordinated by the Anstruther-based Scottish Fisheries Museum.

Mr Oughtred has created a cheap-version of the ocean-racing boats used by sea-rowing clubs in England.

He has designed several crafts which have been built by amateur boat builders in Europe, North America and Australia.

He said: “We have been inundated with inquiries from places as far away as the Netherlands.”

The 24ft kit boats – made from plywood planks delivered in ready-cut packs – cost from 3,000 pounds and are a fraction of the price of traditional vessels.

Community groups can assemble the lightweight boats and race them in lochs and sheltered seaways.

In England 140 similar crafts are registered with rowing associations and 60 longboats are raced from Wales.

France and Spain have already resurrected the sport and a 100–mile race from Ireland to Wales is planned for next summer.

Scotland had enjoyed the activity in the Hebridean Islands before its decline and now only Shetland boasts competitive village rowing teams.

The first of the new boats was launched in October and has been taking part in sea trials in the Forth.

In early January, a prototype will be displayed at the Scottish Parliament.

Vikings played board games in afterlife