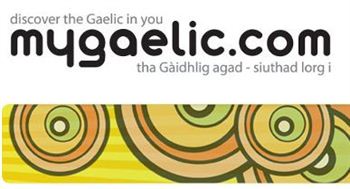 A GOVERNMENT-backed ‘Gaelic Facebook’ that received £250,000 in taxpayers cash has attracted just 1,500 members.

The site, which also allows users to “keep up to-date with all Gaelic goings on with news and reviews” has been branded a waste of public money after just 1,574 users signed up, despite almost 60,000 people in Scotland speaking the ancient tongue.

And just 1,500 watched the 12 films on its video website, MyGaelicTube.

Susie Squire, political director of the Taxpayers’ Alliance, blasted the Scottish Government for splashing money on a “fringe interest”.

She said: “This is an absolute waste of money – it is about supply and demand and there is clearly no demand.

“The Scottish Government should learn its lesson and stop funding an expensive fringe interest, particularly when money is tight.

“To pump so much money into this beggars belief.”

Part of the government grant was spent on adverts to make Gaelic look trendier, and attract a younger audience.

Bord na Gaidhlig, the quango that launched the website, said it would revamp the site to revive interest, but insisted it is already popular.

It said: “MyGaelic has established itself as a serious brand.

“There are many things we have learnt from its operation and we are currently looking at how to reprioritise some of the areas which have proven most popular, such as learning facilities and information for the new generation of Gaelic speakers we need to sustain the language.

“Given the competitive field the site exists in, we are very pleased with its performance and are continuing to examine ways we can develop what learners want.”

The Gaelic language currently receives around £25million of taxpayers’ cash every year, including the £4.4million given to Bord na Gaidhlig.

MyGaelic.com was created by Gillian Thompson, a non-Gaelic-speaking IT specialist based in Glasgow, who spent two years building the site.

The station currently costs taxpayers £14million every year, with £4million coming from the BBC and £10million from MG Alba, the government-backed media body.

A spokesman for the Scottish Government said: “The Gaelic language is a key part of Scotland’s unique culture and history and it’s incredibly important that we invest in its future.”