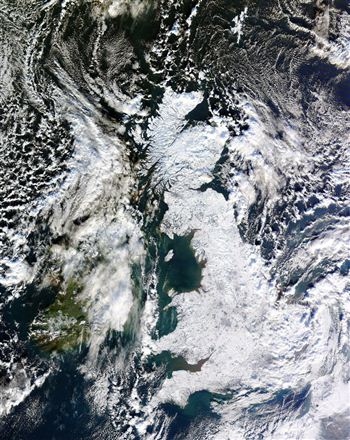 By Michael MacLeod
THE extent of Britain’s winter whiteout is revealed in a stunning picture from space, received today by scientists in Dundee.
The nationwide blanket of snow and ice came as temperatures dipped to as low as minus 18.
The image, sent by NASA’s Terra satellite, shows the UK framed by cloud sweeping in from the East.
Scotland’s First Minister Alex Salmond declared it Scotland’s worst winter in 50 years, while forecasters said the country faces another ten days of freezing conditions.
Britain’s usual green glow is wiped out in the chilling picture, which was picked up by the Dundee Satellite Receiving Station, overlooking the River Tay. 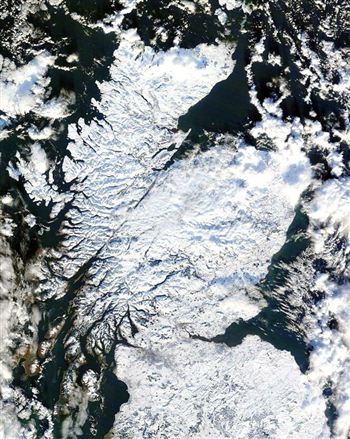 Based at Dundee University, staff at the satellite maintain an up-to-date archive of images from four polar orbiting satellites, as well as geostationary satellites covering the whole earth.
The snowy snapshot of Britain will be used by the Natural Environment Research Council, which funds science projects at universities across the country.