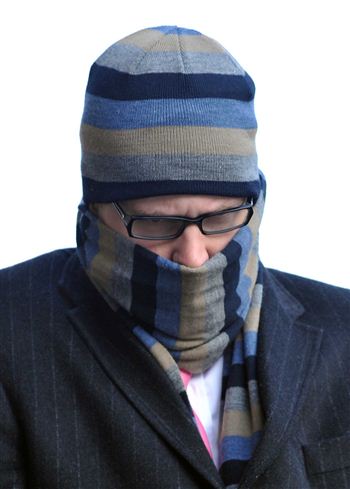 A SHERIFF Clerk is facing jail for conning the Scottish Court Service out of £130,000.

Graeme Wilson faked signatures on hundreds of jury members’ expenses forms and wrote himself blank cheques under the names of imaginary doctors billing the court.

The 29 year-old was branded “the classic conman” by a Sheriff yesterday (Tuesday) after hearing of his “breathtaking” breach of trust.

He lied to workmates that he earned extra cash through semi-professional rugby and property development.

But his scam was snared when colleagues at Edinburgh Sheriff Court became suspicious of his lavish lifestyle.

Wilson, of Kirkcaldy in Fife, was forced to quit his job after five years in December 2008 when court bosses raised concerns about his “work in general.”

But it wasn’t until he returned to the capital’s court last March that his brass-necked scheme was rumbled by wary staff.

In fact, Wilson had fabricated the doctors, the reports and the criminals – but still received the cash from the Court Service.

A further investigation found that the Sheriff Clerk had also fiddled 206 jurors’ expenses claim forms, resulting in £52,000 being diverted to his own bank account.

She told the court: “It was the accused’s job to actually process jury citation expenses claim forms, by gathering these and processing them through a sequence of staff.

“It is a gross breach of trust that went on for a substantial period of time.

“While employed by the SCS he was within different departments carrying out various duties; processing jurors’ citation forms or becoming aware of the other procedures including psychological reports requested by the court.

“Regrettably he has used this knowledge to commit the crimes to which he has now pled guilty.

“The jurors’ expenses forms raised suspicions as they bore signatures of staff who hadn’t signed them.

“He would alter the forms in order to make the payment go through with his name on the cheque.

“He was responsible for the computer payment of the cheques but would put his own particulars on them.

“They would be processed and he would then put the juror’s name back on them, so the only evidence of the payment in his name was the cheque that went to him.

“He has gone to great lengths to actually change the system whereby he could manage to do this and then cover up his tracks.”

Mrs Clark said the system was changed in 2006 to prevent similar fraud schemes.

Wilson was moved to another department of the court, but found a new way of scamming the criminal justice system to line his pockets.

He arranged for mail to two mailboxes, in Glasgow and Fife, to be redirected to his parent’s home.

He then forged invoices from made-up doctors of non-existent medical practices and billed his former employers at the Scottish Court Service for work which had never been carried out.

The two bills, requesting a total of £78,000, were sent to the addresses set-up by Wilson and ultimately ended up in his bank account.

Mrs Clark added: “Unlike with jurors’ expenses, this time there were no limits in the amount that could be obtained.

“There was significant investigation by the SCS to a very high level which discovered inconsistencies and discrepancies.

“It was as a result of the dedication of the staff within the court service that these matters came to light.

“At the time of his departure there had been concerns raised regarding his work in general and he decided to resign prior to any steps being taken.

“When interviewed regarding these offences he admitted full involvement in the falsification of signatures and payments, and that he obtained all the benefit.

“There have been no assets found. He said he had spent the money on CDs and DVDs.

“He kept making up stories to all of his colleagues that he had rent coming in from a flat, that he had wealthy parents or that he played semi-professional rugby and had means of supporting himself other than working here.

“He was once at a Herriot’s semi-professional rugby match with a colleague and a G Wilson was announced as coming onto the pitch.

“He told his colleague that they kept getting it wrong, as it was he who was G Wilson even though he was not playing.”

Deferring the case for background reports, Sheriff Deirdre MacNeill QC said: “This is characteristic of the classic conman.

“It is a shocking breach of trust and the scale and way in which this deception has been carried out is quite breathtaking.”

Wilson, who wore a pinstripe suit and pink tie in court, left the building refusing to comment.

He will be sentenced next month.

And it was confirmed that police did not become involved until March 2009.