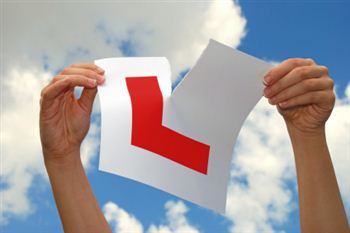 INSTRUCTORS are working round the clock to clear a massive back-log of almost 50,000 cancelled driving tests which were wiped out by the arctic weather conditions.

Thousands of driving tests had to be cancelled across the UK since late last year as treacherous road conditions made it too dangerous and in some cases impossible to carry out.

The Driving Standards Agency has re-scheduled 47,500 practical exams due to snow and ice clogging up the road network and making it too dangerous for learner drivers.

Tests have been running as normally as possible during the big freeze, but the DSA started having a large national problem from December 21.

In Scotland alone a total of 4,766 tests have been cancelled, including car, bike and LGV learner drivers affected.

Most were for those learning to drive cars, with 4,382 tests cancelled and only 69 scheduled tests going ahead since December 21.

Those that did go ahead were all in 2009 – with no learners yet to get the chance to get their licence in the new decade.

Most cancellations were made on the day of the test, with just 55 pupils getting at least a days notice.

The DSA said this was because they waited to see what the weather conditions were like before cancelling the test.

In parts of Scotland, test centres have been closed since December 17, with tests still not back up and running despite milder conditions.

And the delays have affected instructors as well as the pupils, with driving schools loosing money as a result.

The test centre with the most cancellations in Scotland was Sheildhall in Glasgow, where 340 tests were called off.

In Edinburgh, the test centres at Currie and Musselburgh have cancelled 403 exams in the last four weeks.

Billy Budgen, owner of the Driving Training Centre in Edinburgh, said that the costs of the adverse weather have hit instructors hard in the worst run of cancellations he has seen.

He said: “I think the last test that went ahead was before Christmas.

“They can’t physically take them out in that weather. There is a health risk to both the public and the examiner in these kind of driving conditions.

“It affects the instructors financially as they don’t get paid for the lesson if it gets cancelled.

“When a test is cancelled it is £40 per pupil that the instructor looses and that doesn’t include the lessons that have had to be cancelled as well.

“I have never seen weather like this in my time as an instructor. We’ve had the odd occasion where there has been a flurry of snow and tests have been cancelled but that would be for one day, not a sustained period of time like just now.”

And in Glasgow, the West End Driving School has also had all of their tests cancelled since before Christmas.

Colin Adam, who runs the school, said that he wasn’t sure exactly how many of their pupils had been affected, but one of his instructors had been hit quite hard.

He said: “It’s affected a lot of instructors very badly.

“One of the instructors who works for me had nine driving tests booked and they were cancelled.

“Apart from being a shame for the pupils, it is a loss of earnings for the instructor as well, because they will have blocked that time off for the test.”

The DSA said that tests did not go ahead in adverse weather conditions due to the safety of the people involved.

A spokeswoman said: “We wouldn’t take learners out on roads in these conditions because of safety issues.”