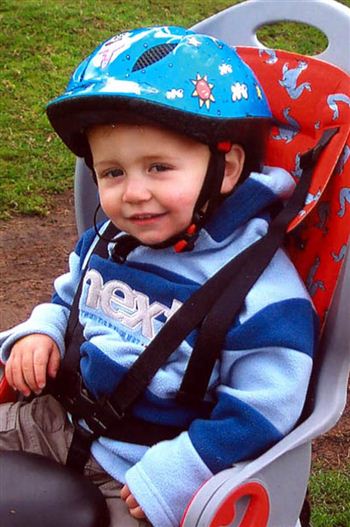 A SHERIFF heading a Fatal Accident Inquiry into the death of a tragic 21-month old boy who plunged from an office block today (Monday) branded designs for the balcony he fell from “imprecise”.

Little Ben McCreath fell to his death on Valentine’s Day in 2006 after he and his mum Louise stopped off at her work in Edinburgh.

Sheriff Mhairi Stephen said the design plans had been left “lying in the ether” as the inquiry focussed on the 15cm space he somehow slipped through.

The firm which built Edinburgh’s Princes Exchange office block, Kvaerner, effectively blamed the designs given to them by architects.

The man who oversaw the £25million building’s construction said his firm had done nothing wrong in following plans given to them by architects.

Project manager Angus McInnes said his employer at the time, Kvaerner, had to rely on the plans given to them by PJMP Architects.

He said: “In hindsight the gap is certainly big – but the components are all fitted as they were intended.

“You have to rely on the architect.

“We employed them as a specialist to do the work on our behalf.”

Sheriff Mhairi Stephen then referred back to previous evidence from architect Mark McPhillips, who admitted he “couldn’t remember” why he increased the gap Ben fell through from 10cm to 15cm.

Holding a copy of the plans, she said: “It is a model of imprecision.

“The architect has changed the plan.

“It is kind of left lying in the ether.”

Architect Mr McPhillips is now out of the building trade and currently runs a bed and breakfast on the West coast of Scotland.

His former boss at PJMP – now known as JM Architects – confirmed yesterday that they have changed their practices following Ben’s tragic death.

Managing Director Ronald McFarlane said: “We don’t allow there to be a gap bigger than 100 milimetres in our projects, whether commercial offices or retail or anything else. 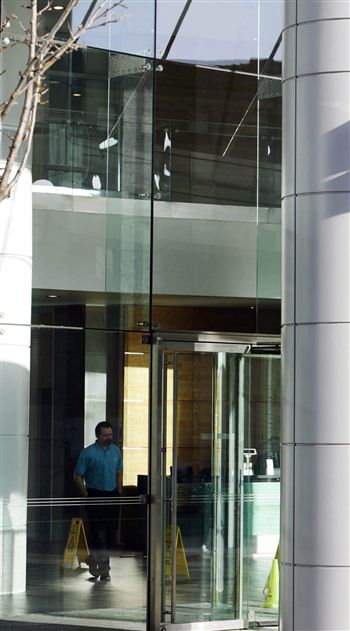 “This has been conveyed to all staff including senior architects.”

The accident has since brought about a change in Scottish building standards laws, meaning no new buildings are allowed to have gaps bigger than 10cm on balconies or staircases.

For the first time in the eight-week Fatal Accident Inqury, Ben’s parents Ross and Louise were not present at Edinburgh Sheriff Court yesterday.

Louise previously gave a written statement tell of how her son “just took off” ahead of her as she was leaving.

She could only watch on helplessly as he tumbled to the foyer below having squeezed through a gap in the glass balcony.

The planning officer who approved the Princes Exchange plans said he had no power to make the gap in the balcony smaller.

“There was nothing you could do”

Building Surveyor John Stevenson, of the City of Edinburgh Council, said the offices met standards when completed in 2001.

But he confirmed that these days the 15cm gap in the balcony above the 4.7 metre drop would not be allowed.

He told the inquiry: “At that time it did comply with regulations.

“There’s nothing in the regulations to stop it, but it is something which I probably would have raised.

“It seems a bit excessive and just doesn’t look right.

“The regulations assumed a child would not have been in an office.

“Nowadays I ask architects whether they anticipate children being in the building.”

Mr Stevenson was asked by fiscal depute Angie Main what action planning officials could take on old buildings which don’t comply with the new rules.

He said: “We can’t take any retrospective action.”

Miss Main said: “So even if alarm bells are ringing about the size of the gap there is nothing you can do?”

Mr Stevenson said: “I am afraid not.”

Sheriff Stephen then commented: “You had no sanction.

“There was nothing you could do in terms of withholding a certificate of completion for the building.”