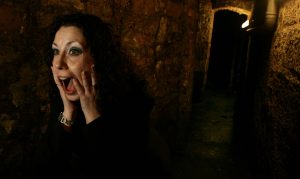 STAFF at a top boutique hotel believe they may be accommodating some extra guests after hearing strange noises coming from the basement.

They also said they felt a “strange chill” while fetching linen from an underground cellar in the basement of Fraser Suites in Edinburgh.

The apartment-hotel, situated in the city’s Old Town, lies just yards away from the notorious Mary King’s Close network of subterranean tunnels, where it is rumoured that plague victims were buried alive.

Paranormal experts now believe the spooky site could be another example of Edinburgh’s chequered past – famous for being riddled with death and mystery.

The site was once the offices of the Edinburgh Courant, one of the UK’s first regional newspapers, and latterly serving as a council building until 2007.Fraser Suites Edinburgh assistant manager Laura Richardson said: “We have been using a basement storage room for linen and sheets.

“That space is fine, but there is a door in the room that leads into something that may once have been an underground coal cellar. 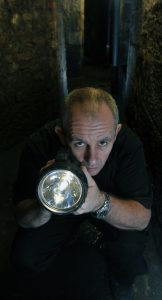 “Some of the housekeeping staff have reported hearing strange thumps coming from behind the door a couple of times – and when you go into the old cellar there is a strange chill at a certain spot in the room.”

The 75-bedroom apart-hotel, which opened in November, only recently opened its underground cellar during the renovation.

It has old red brick walls and a narrow stone chute from the street above, which was once used by draymen to deliver coals to the building.

Mark Turner, paranormal investigator for Ghost Finders Scotland, said: “There is a huge amount of history and tales of human suffering linked to old Edinburgh. Spirits are tied to this life because of suffering or unfinished business, so this is perhaps why the city has had so many reports of ghosts.

“Mary King’s Close and the vaults are very close to St. Giles Street and there have been several paranormal occurrences recorded in these sites.

“Our investigations have uncovered phenomena such as people feeling invisible hands pushing them in one particular vaults room nearby, or people hearing footsteps when there is nobody there. 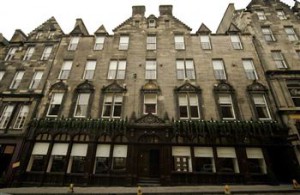 “Considering there is quite a high amount of paranormal activity in the area, it is quite feasible that there might be something at the Fraser Suites Edinburgh hotel.”

Laura added: “It was very hot at times this summer but whenever anyone went down to the old cellar there was always a spot where it was icy cold.

“It is a little bit spooky to think we may have a couple of extra, unpaying guests.

“But the door is kept locked and we don’t use the space, so will be looking ensure they very much stay in the basement.”

Neighbourhood of the future to officially launch in Dundee