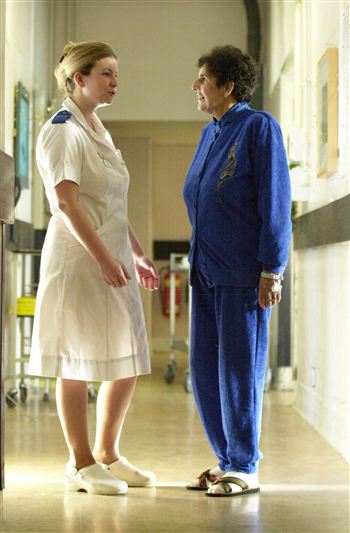 SEVERAL Scots health boards have been slammed by the Public Services Ombudsman over a series of complaints by patients – on the same day that NHS Scotland was revealed as being the least efficient in the UK.

In his January report, which was delivered to the Scottish Parliament today (Weds), Mr Martin said that the cases “speak for themselves in the suffering many of them describe”.

The “stories of inconvenience, pain, distress and suffering” uncovered by the Ombudsman included an elderly woman with dementia who suffered in silence for two months before NHS Greater Glasgow and Clyde finally diagnosed her broken leg.

And a pregnant woman in NHS Lothian eventually had an emergency caesarean a week after she first told staff that she couldn’t feel her baby moving as much.

As a result of the delay, the baby suffered what were described as “severe medical complications”.

Elsewhere a patient of NHS Forth Valley had the wrong length of nail inserted into his broken leg – because the hospital had run out of the right size.

They decided to go ahead with the operation anyway.

All of the complaints were upheld and the Ombudsman recommended that the Board’s apologise to the patients.

In some cases stricter recommendations were made for compensation.

Two Boards were pulled up for the treatment of a patient who went to them with a painful jaw.

Both NHS Borders and NHS Lothian failed to diagnose an agonising infection – even though she kept going back to them for THREE YEARS.

Eventually, she gave up on the NHS and went to a private doctor who diagnosed her with a rare infection in her upper jaw.

NHS Lothian will now have to pay the cost of her private treatment after Mr Martin looked into the case.

But no compensation will be paid out to a man who spent 18 years of his life preparing for the onset of Huntington’s disease – a degenerative disease of the central nervous system – before being re-tested and finding out he did not have the disease after all.

He had been left fearing that his two daughters had a 50 per cent chance of developing the disease because it is hereditary.

When he was first tested in 1989, there was a four per cent chance that a false positive result would come back.

But although a new, more reliable test was brought in 1993, the patient wasn’t offered it until 2007.

The patient said he had made “life choices” for his and his daughter’s future based on the results of the positive test.

The final medical case looked at by the Ombudsman was that of a male patient in NHS Lothian.

He developed permanent damage in his hand after carpal tunnel release surgery – used to free pressure on the nerves.

It was found that he hadn’t had a follow-up appointment, even after he complained about pain, numbness and swelling in his hand.

A Scottish Government spokeswoman said: “NHS Boards are expected to implement the recommendations made in the Ombudsman’s report and to take all necessary steps to ensure that similar circumstances do not recur.”

It was the second blow for the Scottish health service, which was today (Weds) criticised in a study published by the Nuffield Trust, who found that NHS Scotland was the least productive in the UK.

They found that Scotland provided the fewest outpatient appointments, inpatient admissions and day case treatments per doctor in the UK, despite having the highest spend per capita.

Health Secretary Nicola Sturgeon hit back, saying the study was unfair and out of date.