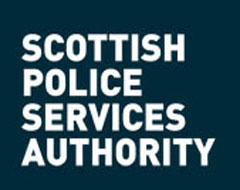 POLICE in Scotland have agreed to pay over £100,000 for actors to provide recruits with training.

Interact Roleplay will be paid £58,660 a year for two years to create real life scenarios for rookies to practice on at the Scottish Police College.

And more experienced officers will also face the actors as they learn leadership skills and refresh their learning.

It comes after feedback from previous trainees said that the role play carried out at the college wasn’t realistic enough.

And after a couple of years of trials, the Scottish Police Services Authority have decided to formally contract a company to provide the service.

Police recruits return to Tulliallan for a second round of training after spending a year working in the community.

They have to undergo a round of assesment that includes role play exercises and it used to be carried out by the training staff at the college.

But as the officers have already spent 12 months dealing with the public, they told bosses that they found it difficult to pretend the staff were real life victims.

So actors were brought in to carry out the training.

A spokesman from Scottish Police Services Authority said: “Recruits from any of our eight police forces go to Tulliallan for 15 weeks of basic training.

“Then go back to their force and spend about a year on the front line before returning to Tulliallan for a second round of training and assessment before formally qualifying as a police constable.

“The actors tend to be used in that second round of training.

“What they had found over many years was that when officers had returned they had real world experience and the role playing situations carried out by the trainers weren’t realistic enough.

“Professional actors give realistic scenarios. They act out various situations including domestic abuse situations, street scenes like someone being searched for drugs.

“The actors are given a brief so they can interact with the officers. Having professional actors doing it just makes it much more realistic.

“It is the final assessment before an officer is called to go and do their active duties so it is important to make it as realistic as possible.

“It is a relatively recent development, in the last couple of years it has become more prevalent which is why they decided to get a contract with somebody to do it.

“It was on more of an ad hoc basis in the past.”

The company who won the contract – Interact Roleplay based in Glasgow – have done work with the police college before.

They even have a testimonial on their website from Inspector Brian Rodgers at the Scottish Police College.

He wrote: “Using Interact Roleplay has given realism and quality to our scenarios. They work together with our team at Tulliallan, making the training courses realistic and enjoyable as well as professional.”

Seven bids were made for the contract, which it initially for two years but has the option to be extended for a further two.