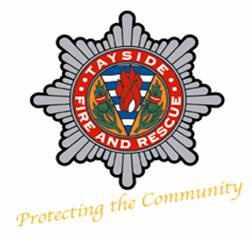 A FIRE engine on the way to a false alarm hit a car carrying a wheelchair bound man and his son.

Tayside Fire and Rescue were called out to Ninewells Hospital in Dundee at 12.25pm and sent two engines from Macalpine Road fire station.

On the way to the call, one of the engines collided with a car despite having their warning lights and sirens on.

The firefighters called out the ambulance and helped the two men out of the car while they waited.

In the meantime, two more engines were sent to Ninewells, where they found the alarm had been set off accidentally by engineers working on the system.

Tayside Fire and Rescue have launched an investigation into the smash.

The occupants of the car – a son and his wheelchair-bound father – were not injured, although the driver was treated on the scene for shock.

No firefighters were injured in the crash.

A spokesman for the Scottish Ambulance Service said: “We were called by the fire service with reports that they had hit a car near B&Q on Kings Cross Road in Dundee.

“There were no serious injuries on the scene. A father and son were travelling in the car, and the son was treated for shock.”

“This incident highlights the challenges faced by Tayside Fire and Rescue when dealing with automatic fire alarm calls that are responded to, with over ninety percent of these incidents found to be false alarms.”