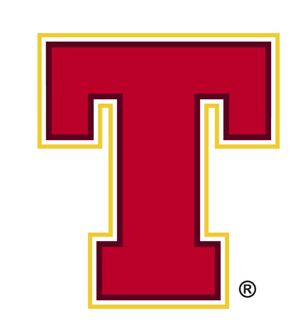 THE Scottish Government yesterday toasted a decision by brewing giants Tennent’s to back plans for minimum pricing on alcohol.

But opposition parties said the glass was remained half empty and called on more to be done to tackle the nation’s drink problem.

Tennent’s said the government’s plans “could be part of the solution” to Scotland’s binge drinking culture.

It comes just a day after figures showing the true extent of Scottish schoolchildren’s relationship with alcohol – with 300 under 16 admitted to hospital with booze-related diseases every year.

The Scottish Government welcomed the move by the Glasgow-based beer makers, saying that Tennent’s had “nothing to fear” over the new proposals.

They want to introduce a minimum price per unit of alcohol sold in Scotland – suggesting 40p per unit.

If this is brought in then the price of a four-pack of Tennent’s Super lager, for example, would go up by more than £1.

But the controversial law has been criticised by other political parties at Holyrood, who don’t believe it is the answer to Scotland’s bad relationship with booze.

The managing director of Tennent Caledonian Breweries, Mike Lees, said that he backed the proposals as long as they “are fair”, adding they “may contribute to an improvement in society”.

He added: “Tennent’s has a strong commitment to Scotland and welcomes sensible moves to ensure alcohol is enjoyed appropriately.

“We recognise that there is an issue of over-consumption of alcohol among a minority of consumers, and acknowledge that the Scottish Government is working to try to combat this problem.

“In particular, there is an issue with a small group of consumers who purchase cheap alcohol in bulk, drink excessively at home and then go out into pubs and clubs and get into difficulties.

“We believe that, if implemented appropriately, minimum pricing could be part of the solution by increasing the price of alcohol, particularly of high strength products and is one way of addressing the alcohol abuse issues that we face in Scotland.

“Consequently, Tennent’s supports the proposals to introduce minimum pricing so long as the measures proposed are fair, proportionate and part of an overall programme to reduce the abuse of alcohol.

“We believe passionately that responsible adults have the right to enjoy drinking sensibly and we believe that minimum pricing, when combined with other measures, may contribute to an improvement in society.”

Alcohol abuse in Scotland has hit the headlines many times in recent weeks.

Figures released on Sunday reveal that 2,009 children under 16 have been treated for alcohol misuse in the past six years.

They were admitted to hospital with a variety of diseases that were the direct result of excessive alcohol consumption.

These numbers show just another aspect of the problems facing the government, but opposition parties don’t think that minimum pricing is the answer.

Shadow Health Secretary Jackie Baillie said: “It is positive to see Tennent’s engaging in the debate about Scotland’s problems with alcohol abuse.

“We need to consider radical measures to reduce the level of problem drinking but minimum unit pricing is not the answer.

“The challenge now is for us to come up with something better.

“That is why have created a Commission under the chairmanship of Professor Sally Brown to consider ways of restricting cheap booze and tackling alcohol abuse.

“I am inviting the Scottish Government and the industry to engage in the debate about alternative pricing mechanisms and other measures, such as Alcohol Treatment and Testing Orders and a mandatory Challenge 25 scheme.”

But Michael Matheson MSP welcomed Tennent’s support of their plans.

He said: “Tennent’s understand that responsible producers have nothing to fear with minimum pricing and that only low-end, dirt-cheap alcohol will be affected.

“Minimum pricing is drawing support from a host of companies and organisations, all wanting to change Scotland’s relationship with alcohol through sensible and proved means.

“The 3,000 deaths and 42,000 hospital stays linked to alcohol annually are causing misery across the country and cost ever taxpayer £900 a year – this is a real burden on our public services and underlines the need for change.

“Minimum pricing is a workable approach to tackling the problem and has drawn cross-party support in Westminster.

“Now, the opposition parties in the Scottish Parliament must stop playing politics with the nation’s health and back these proposals.”