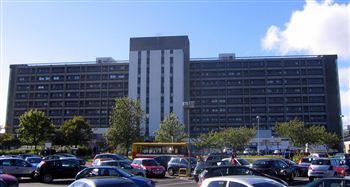 A NURSE has been struck off over a catalogue of cock-ups while working on wards for mental health patients.

Laura Purdy, 56, gave anti-psychotic drugs to the wrong patient on one occasion and anti-depressants on another.

The staff nurse also fell asleep while she was supposed to be watching a suicidal youngster at Gartnavel Royal Hospital in Glasgow.

Following one incident Purdy begged a colleague to cover for her and her former boss said she often did not realise how serious her mistakes were.

But yesterday she was removed from the nursing register for a minimum of five years after she admitted five charges brought by the Nursing and Midwifery Council’s Conduct and Competence Committee.

The committee also found her guilty of a sixth charge during a two-day hearing in Edinburgh and said her conduct posed a “serious risk to patients”.

The mental health nurse had already admitted to falling asleep on June 11 2005 while observing a “young person at high risk of self-harm and suicidal behaviour”.

Purdy, who was not present, also admitted to giving the wrong patient a 75mg dose of anti-depressant Venlafaxine, seven weeks following the suicide incident.

And she admitted giving the anti-psychotic drug Risperidone to the wrong patient on another occasion in February 2007.

Purdy resigned on August 29, 2007 during the investigation into her conduct.

Before their verdict the panel heard from Purdy’s former boss Sharon Lafferty, who was the ward manager during several of the incidents.

Ms Lafferty said: “I can’t explain why she continued to make error after error.

“She had no concept of the impact that some of the things in the ward that she’d done.

“Her comment every time you had to speak to her about something she had done wrong was, ‘Oh dear, no harm done’.

“She felt it wasn’t that bad if someone else spotted that error and prevented that patient from getting the wrong medication.”

The committee found six charges against Purdy, who had been a qualified nurse since 1973, to be proven.

She said: “In falling asleep whilst undertaking observation of Patient A Mrs Purdy placed a vulnerable patient at considerable risk of harm.

“She incorrectly administered the wrong drug to Patient B in a direct contravention to no administer a drug unsupervised and admitted the wrong patient in a separate incident.

“In each case there was clear potential for patient harm.

“While dispending medication she became confused between patients D and E, repeating many procedural errors.

“All of this occurred during a lengthy period of considerable support and supervision.

“The registrant clearly breached the NMC Code of Conduct of 2004.

“Her fitness to practice was clearly impaired by reason of her misconduct, which was serious and represented entrenched failings.

“The panel concluded that Mrs Purdy’s actions constituted a serious breach in the code of professional conduct in respect that her conduct posed a serious risk to patients.

“And was such that confidence in the profession would be undermined if she was not struck off.

“A record in the NMC register will show that her name has been removed.”

Purdy was also given an interim suspension order of 18 months, prohibiting her from working during any appeal, although she has indicted that she will not return to nursing.