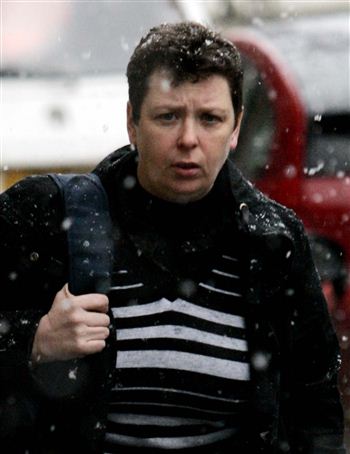 A SCHEMING council benefits boss who pocketed almost £70,000 from her employers has dodged a prison sentence.

Sally Birnie, 42, submitted benefit claims from fake residents of a woman’s hostel while she was working as a section leader within the City of Edinburgh Council’s finance department.

But the mum-of-one was finally nabbed five years into the scam when a workmate noticed a batch of dodgy claims all shared Birnie’s surname.

She was ordered to carry out 240 hours of community service today (Tuesday) at Edinburgh Sheriff Court.

Despite not having paid the money back and having previous convictions, Sheriff Kathrine Mackie said she had to “accept that there is an alternative to a custodial sentence.”

Court was told Birnie had £87,000 sitting in a council pension fund and would use that cash if pursued through civil courts by her former employers.

Court heard previously how Birnie, of Marchbank Gardens in Balerno, told police she needed the money to pay off her spiralling credit card bills and loans to her now deceased sister.

Fiscal depute Gerard Drugan said she siphoned the money by putting in benefits claims from imaginary residents of a women’s hostel.

Mr Drugan said: “There appeared to be no supporting evidence for these claims and the benefits acquired from these claims went into a bank account which is not normal practice for claiming for hostels.

“Normally it will go to the accommodation provider.

“After further investigations into two claims in particular – one of which was under the name of Lorraine Burnie – which was put into a particular bank account.

“And in addition to that another claim was investigated – a claim to Lianne Burnie – where the money was put into the same account.

“Both the accounts showed the address of the hostel.”

Birnie became the prime suspect due to the similarity of the names.

And during interviews with both her employer and the police, Birnie confessed to taking the cash and was dismissed from her job.

The fictitious names set up to receive the benefits were made up from Birnie’s niece’s names and her own surname.

“She does not seem to have a significant financial benefit from her actions.

“She is the carer for her elderly parents who have serious health problems.

“She has £87,000 in her pension fund and the sum here is around £65,000 and clearly that could be covered and she has no problem with that if pursued by civil means.”

“Miss Birnie, you are well aware of the serious nature of this offence.

“It is all the more serious because of the very significant sum involved and that it was a very serious breach of trust.

“You have previous convictions, and all of these matters suggest that a custodial sentence is appropriate.

“There is no excuse for your behaviour and I am told you had to go to some length to prepare paperwork to substantiate the payments into the accounts to which you had access.

“It was quite a deliberate act on your part – a scheme which you formulated and from which you acquired these funds.

“However I have considered the terms of the report and your background.

“In these circumstances and having regard to the assessment of risk I am prepared to accept that there is an alternative to custody.

“This will be one way of making some recompense to the community.

“If you fail to comply with the community service order, you will be brought back to court.”

Birnie hugged her solicitor as she left the court building.