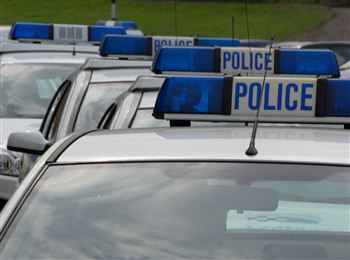 A SACKED park ranger who drowned his sorrows in a pub before leading police on an 80mph car chase was stunned to find out he was actually sober.

Martin Grieve, 42, crashed his car into a grass verge and told cops he had been boozing after losing his job.

But a breath test revealed he wasn’t drunk at all.

With alcohol ruled out, he blamed stress for his “atrocious” driving in court today (Monday) and was banned from the roads for 12 months.

Grieve was also given a £300 fine after admitting dangerous driving.

Edinburgh Sheriff Court heard Grieve got the boot from Midlothian Council two weeks before he went for a drink at his local pub in Penicuik.

Fiscal depute Neil Allan said: “At around 1am police saw a vehicle being driven out of the car park of the Cuiken Inn pub.

“They took interest given the place it left from and asked the driver to stop by means of blue flashing lights.

“But the driver sped up, rather than stop.”

Grieve’s car was then seen clipping a kerb on the A701, before accelerating over the road’s 60mph speed limit.

Mr Allan said: “He overtook a 4×4 on a blind bend, forcing it to brake sharply.

“He then lost control and mounted a grass verge.

“Given the speeds he was driving, it was not a prolonged pursuit and the distance covered was not much more than a mile.

“He was very candid with the police officers and told them he had been drinking.

“But the usual tests were carried out and he was somewhat surprised to discover that he did not fail.”

“It is his own fault”

His defence agent Elspeth McDougall said: “He is somewhat at a loss as to why he drove in such an atrocious manner.

“He says he panicked when he saw the police lights.

“He is at pains to stress that he apologises for his driving.

“He had been under a considerable amount of stress as he had found out he was being laid-off from his job as a maintenance ranger with Midlothian Council.

“He has a job interview as a landscape gardener with Highland Council and although the loss of his licence would be problematic, he realises it is his own fault.”

Sheriff William Holligan told Grieve: “Given you have no previous convictions, I will deal with this by means of a ban and financial penalty.”