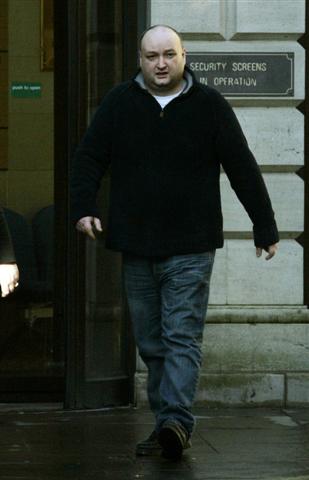 A MAN pawned his elderly mother’s jewellery after she asked him to look after it.

David Wright, 40, was arrested for theft after his 65 year-old mum, Helen, reported him to the police.

She had asked him to look after the keepsakes – worth £500 – but he was “evasive” when she asked for them back.

Wright denied any wrongdoing during a police interview, but today (Tuesday) admitted stealing the jewellery on 27 June 2008 from their home in Edinburgh’s Wester Drylaw Row.

Mrs Wright had no idea her son had taken her jewellery to a pawnshop, Edinburgh Sheriff Court heard.

Fiscal depute Ruth Ross-Davie said: “Over a period of months Mrs Wright asked her son to look after certain items of jewellery for her, which he agreed to do.

“However instead of looking after it for his mother, Mr Wright took it to a pawn broker shop and pawned it.

“Later when Mrs Wright asked her son about what had happened to the items, he was evasive.

“Her concerns became such that in due course she called police.”

But when Wright was detained and interviewed, “he denied having pawned any of it,” Miss Ross-Davie said.

His defence agent reserved any explanation until sentencing, which Sheriff James Scott deferred until March for background reports.

Wright was bailed until then. ?