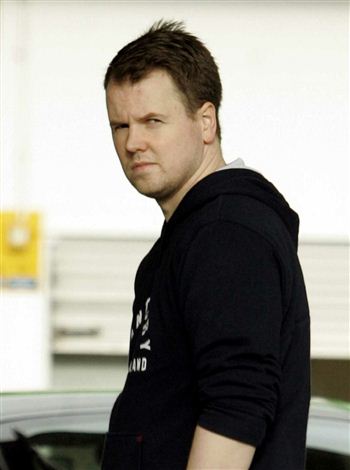 A DISGRACED ex-court clerk who swindled £130,000 by faking expenses and writing blank cheques has been jailed for 24 months.

When bosses moved him to a different department, he launched a new scheme to pocket himself £78,000 in fake fees for reports on other criminals by using the names of imaginary doctors.

Wilson used the cash to fund a lavish lifestyle and lived a “double-life”, telling workmates he topped-up his income by playing semi-professional rugby.

The brass-necked former sheriff clerk was finally caught when he audaciously tried to carry on conning the court – three months after leaving the service.

Last night (Thursday) the 29 year-old began two years behind bars, alongside the very criminals he used to see every day in his job.

And it emerged that since leaving the court service, jobless Wilson was getting £1,000 a month from his PARENTS – despite lying to them in the past about how much money he earned.

Moments before being sent to jail, smug Wilson said: “Instead of taking more money off of the public purse by taking benefits, I went down that route.” 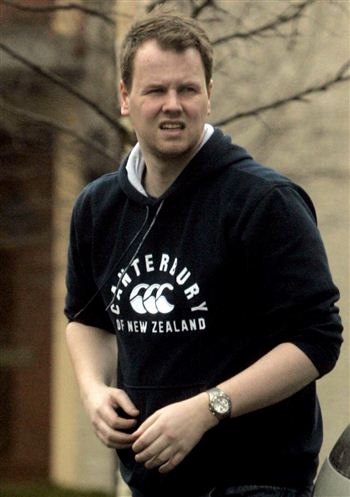 But the rugby fanatic never paid back any of the court’s or his parent’s cash, instead blowing the lot on a lavish lifestyle in two disastrous relationships.

He claimed his failed stints with two girlfriends – which saw him splashing out on expensive clothes, restaurant meals and holidays – left him £34,000 in the red.

“Delighted to see the back of him”

Yesterday one of Wilson’s former workmates said staff at the court were “delighted” to see his double-life snared.

One ex-workmate at the court said: “This has been a long time coming.

“What he did made us all feel like we were being watched, so we’re happy to see justice done.

“He said he was earning money by renting out a flat and playing rugby but it was all lies.

“He was a friend and it’s strange to think he’s in prison but to be honest I’m delighted to see the back of him.”

Wilson was forced to quit his job after five years in December 2008 when court bosses raised concerns about his “work in general.”

But it wasn’t until he returned to the capital’s court last March that his scheme was rumbled by wary staff.

A further investigation found that Wilson had also fiddled 206 jurors’ expenses claim forms, resulting in £52,000 being diverted to his own bank account.

The conman remains “unable to empathise as far as the money is concerned,” according to Wilson’s solicitor.

Defence agent Duncan Hughes said: “He might want to see a clinical psychologist about his problems.

“He does have a great deal of regret in relation to his colleagues but is unable to empathise as far as the money is concerned.

“The trigger for all of this seems to stem from a relationship he was in for five years, which ended in traumatic circumstances that he has asked me not to go into.

“That left him in a distressed state and in debt which he estimates to be £34,000.

“He got into a new relationship and lived a lifestyle that he just couldn’t afford, so told his girlfriend that his parents were funding this lifestyle.

“At the same time, he was telling his parents he had a job which paid far better than it did – so he was living a double life.”

His parents had “high hopes” Wilson would become a big earner after bagging an honours degree in medical and biological chemistry.

But having travelled the world on a gap year, Wilson “hated” the prospect of working in science, so joined the Scottish Court Service in 2003.

None of the money will ever be paid back, Mr Hughes added.

He said: “The money is not stashed away somewhere.

“He was essentially buying everything at a slightly higher level than normal, including clothes, eating out and holidays.

“Having come clean he says he feels a great deal of relief.”

“You had divisive plans”

Jailing him, she said: “You were very fortunate to have parents supporting you.

“What comes across from your double life is a lack of remorse and lack of empathy for those affected.

“The public are entitled to expect that those who serve in the justice system behave in a way whereby they act with the utmost integrity.

“But you had divisive plans to defraud the Scottish Court Service and the public purse of over £130,000.

“What is remarkable is that not one penny of that is left and I am led to believe that it has simply been frittered away.

“I find that hard to believe.

“Even after you left work in this building you continued to try and defraud the system and indeed that is the way you were found out.”

Wilson said “thanks” as he was led to the cells.

Yob managed to write off two cars just by kicking them