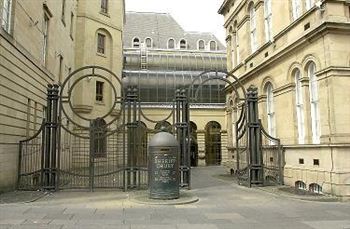 A PERVERT secretly took mobile phone videos up the skirts of 40 women while he pretended to browse magazines in a Poundland shop.

William Gardner, 36, was caught “fumbling” in the magazine isle of the Edinburgh store by a security guard.

He desperately tried and failed to delete the sordid clips before being arrested.

Gardner told police he was “just being stupid” and today (Thursday) pled guilty to breach of the peace.

None of his unsuspecting victims in the St James Centre shop were ever identified, Edinburgh Sheriff Court heard.

He was only caught by coincidence when security staff stumbled across him while hunting for another man on July 31 last year.

Fiscal depute Caroline Kubala said: “A security guard within the Poundland store was requested to find a drunk man reported to be in the store.

“He couldn’t find him but he saw Gardner holding a mobile phone in his left hand while kneeling on the ground and a female was standing at his left side.

“As the guard approached he could see Gardner was videoing up the female’s skirt.

“He fumbled with the phone and attempted to clear the images but the security officer took possession of it.”

Gardner was marched out of the shopping centre then arrested and charged by police for taking indecent videos.

Miss Kubala said: “During interview he was asked why he was filming up women’s skirts and shorts and he said he was sorry and “just being stupid.”

“A total of 40 video clips were discovered on the phone, averaging two minutes in length.

“The identity of the women was not shown due to the angle they were taken from.”

Sheriff Colin McClory allowed Gardner bail to his home in Slamannan, Falkirk, and ordered him to return to court for sentencing next month.

“Balance cubes of cheese on your nipples.” How young mum turned the tables on smelly shoe pervert