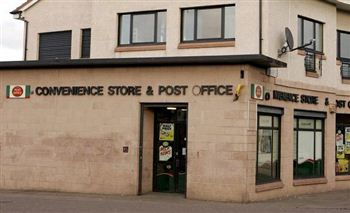 A COKE dealing thug who launched a horror stamp attack on a Pakistani shopkeeper has been jailed for a year.

Bajinder Bajwa was chasing a group of “nuisance” ten year-olds out of his corner shop when convicted cocaine dealer Ryan Moore, 22, launched a brutal assault.

He jumped in front of Mr Bajwa, punched him so hard in the face that he fell to the ground and began stamping on his head and body.

Today (Friday) in court Moore admitted he had drunkenly “misunderstood” the situation when the shopkeeper was asking the youngsters to leave.

Moore’s accomplice Terrence Carlin, 21, was also jailed for a year yesterday for beating up Mr Bajwa’s brother Kawaldeep, who had tried to stop the attack.

Carlin returned to the shop the next day threatening to kill anyone who reported them to the police.

The unemployed pair were in the Craigmillar shop to get more alcohol, having drunk Moore’s flat dry in a mid-afternoon binging session on October 25, Edinburgh Sheriff Court heard.

Fiscal depute Gerard Drugan said: “Mr Bajwa was at the front entrance of Hays Convenience store sweeping and keeping an eye on some boys who had been coming in and out of the store causing a nuisance.

“His brother Kawaldeep heard an object striking the shop window and they went outside to investigate.

“Mr Bajwa challenged the youths but Moore arrived and shouted “What the f*** are you doing,” before punching him repeatedly to the head.

“Because of that, Carlin exited the shop and joined Moore in repeatedly punching Mr Bajwa to the head and body.

“He was knocked to the ground and Moore stamped on his head and body.”

The brothers were left with their faces badly bruised.

“I will kill you”

Lawyers for both Moore and Carlin admitted the victims were “lucky” not have been more seriously injured.

The following day Carlin retuned to the Hay Drive store saying he would kill the brothers.

Mr Drugan said: “Carlin shouted at them: “If you tell the police, you will be dead.

The store owner, Mohammed Aslam told police: “I remember him pointing at each person and saying, “I mean it. If you speak to the police you will get bunked out.””

Moore was jailed last year for 40 months after he and Carlin were caught with £31,000 of cocaine in a car in Edinburgh’s Peffermill Road.

He claimed he had a £1,400-a-week coke habit and feared being shot dead if he reported his dealer to police.

Today his defence agent David Storie said Moore had “had time to reflect” in HMP Edinburgh after pleading guilty to assault.

He said: “Alcohol and drug misuse are directly linked to his offending.

“Since his remand he has had time to reflectr on his actions and is acutely aware of the affect he has had on the complainers.”

Carlin’s lawyer Vincent Belmonte said the pair were drunk and “misunderstood” what was going on at the shop.

He said: “They had gone into the shop to buy more drink and saw two people going out to deal with the children.

“They misunderstood what was happening.

“Mr Carlin has no recollection but recognises it is fortunate the injuries were not more serious.”

Sheriff James Scott told the pair he was “satisfied that no sentence other than custody is appropriate.”

Man had young boy in car with two kilos of cocaine