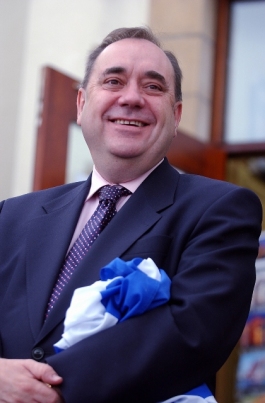 THE majority of Scots think Alex Salmond’s administration has failed to deliver on education, health and justice, a new poll has showed.

Nearly two-thirds of Scottish voters believe the justice system is too soft on criminals, following the news that the SNP will scrap six month sentences in favour of community service.

It also found that only 18 per cent believe the justice system is “about right” while two per cent thought it is too hard on criminals.

The Cello MRUK survey also showed that more than a fifth of voters believe the NHS is worse since Labour left office in 2007, with nearly half saying there is no improvement on health care since then.

The results of the poll, which measured the responses of 1,040 voters last month, also showed widespread dissatisfaction with the SNP record on education.

Only eight per cent of voters thought the education system has improved since the SNP formed the government while 41 per cent was the same.

And 14 per cent thought it had deteriorated, despite assurances that classes sizes are improving.

Iain Gray, Scottish Labour leader, said that the poll’s findings were a “damning verdict on three years of SNP government.”

He added: “For all their promises, they are simply not doing enough for most people.”

Annabel Goldie, leader of the Scottish Conservatives, said that the “coalition of the left – the SNP, Labour and the Lib Dems” have to share the blame.

A spokesman for Justice Secretary Kenny MacAskill said: “We have delivered a near 30-year-low in crime…we have delivered record-low class sizes, are building more new schools and are meeting the NHS waiting-time guarantees.”

On Saturday, launching the SNP’s election campaign, Alex Salmond ruled out the introduction of tuition fees for students and vowed to resist cuts in public spending.

He added: “Behind those cuts will be real people, real jobs.”