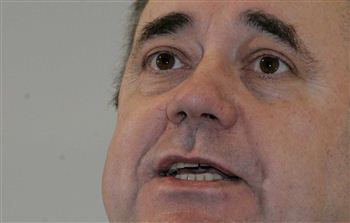 FIRST Minister Alex Salmond played down figures that showed more than half of all construction apprenticeships are expected to be cut this year.

A Scottish Building Federation survey revealed that more than half of all construction firms north of the border said they cannot afford to take on any apprentice builders this year.

The group, which speaks on behalf of the industry, also warned that the current trend will damage the industry further, and called for VAT on building works to be slashed to boost trade.

However, yesterday First Minister Alex Salmond said that the Scottish government has exceeded its targets for apprenticeships.

He said: “Delivering 18,500 Modern Apprenticeships in a time of severe economic turbulence as well as tight public expenditure due to the £500 million Westminster cuts has been challenging.

“We have exceeded the target and nearly 20,000 people have been given a real opportunity to gain the skills, training and experience needed for successful, long-term employment.

“Individuals are getting a vital training opportunity, apprentices are being saved from redundancy and small businesses are being supported, in difficult times, to develop new talent to the long-term benefit of their workforce.”

The SBF report forecast 51 per cent fewer apprentice place this year, while 24 per cent of firms are expected to have to cut down the size of their workforce.

It also highlighted that 30,000 jobs have already been lost, with more expected to go this year.

He said: “This latest survey of our membership emphasises that, in terms of recovery, Scottish construction still has a very long way to go.

“Since the beginning of 2008, we estimate more than 30,000 jobs have been lost from the industry – and our members are warning us to expect further job losses in 2010.

“But our figures paint a far more challenging picture of the outlook for construction apprentices over the coming year.

“The industry needs more targeted support – both directly for apprentices but also to generate the additional work that will keep them in training.

“Redirection of additional public funds towards affordable housing and increased support for home building works to make homes more energy efficient would not only help the construction sector, it would also help the Scottish Government to meet long-established policy commitments to cut housing waiting lists and tackle climate change.”