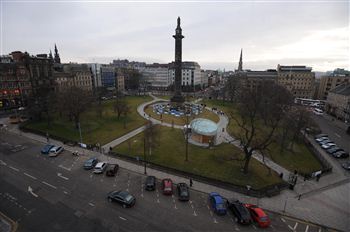 CHEEKY bookies are offering odds on whether or not the Edinburgh trams project will be finished before building work on an infamous Spanish cathedral that was started 130 years ago.

William Hill have offered 20/1 odds that the Sagrada Familia, which is scheduled to be finished in 2026, will be completed before the capital’s beleaguered tram system.

The Barcalona cathedral – whose world-famous architect Antoni Gaudi died after being run over by a tram – was started in 1882 but has never been completed.

Now the city’s residents have the chance to make a fortune if the costly tram project fails.

The bookmakers are also offering 3/1 odds on the entire project being scrapped, as well as 25/1 odds on it being delivered to its set budget of £545million.

William Hill came up with the range after one disgruntled resident asked if he could place a four-figure cash bet on the project costing more than £900million.

Graeme Sharpe at William Hill bookmakers said: “A letter from a local Edinburgh man encouraged us to look at the tram situation with regard to betting possibilities, and to consider whether we should open a full-scale betting market on it.

“It would be a huge climbdown to scrap the whole project and you’d have to think it is unlikely, but certainly not impossible, so we gave it 3/1.

“Very few major civic projects ever stick to their original budgets – it would be more of a shock to most people if this one did manage to come in at under £1billion than if it did not.

“Reducing the size seems reasonable, and could well be the ideal compromise all round.”

The firm are also offering 6/4 odds on the project’s chief executive resigning before the end of the year, while punters can place their bets on 4/1 that the works will be completed in time and 2/1 odds that it will not be finished until 2015.

Graeme added: “And in regards to the Sagrada Familia, we think even the renowned and seemingly eternal Spanish cathedral construction, currently planned to end in 2026, could be finished before the Edinburgh tram project.

“But I doubt it somehow.”

Now Ladbrokes have said they will consider running a similar system down the line.