Flyglobespan passengers to get back just 5% of lost cash 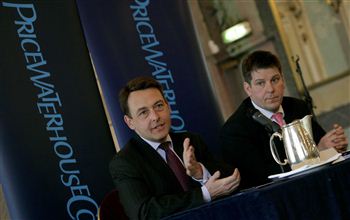 THOUSANDS of passengers who had their holidays ruined when Flyglobespan went bust are expected to get back just FIVE per cent of their lost cash.

Administrators announced yesterday that many passengers would lose hundreds of pounds they paid for flights then the Scots airline collapsed.

Currently 40,000 passengers, employees and firms that supplied the airline have claimed for or are pursuing compensation from the Globespan Group.

Most are being left to pursue claims via their credit card companies or Government backed protection schemes.

But it is estimated that some 8,000 of those without such cover will receive just five per cent of the money they lost on flights.

PricewaterhouseCoopers, who are handling the administration, are currently selling off Flyglobespan’s remaining Boeing 737, as well as their Glasgow and Edinburgh offices.

Yesterday they told creditors in Edinburgh that even with the sale of the assets – which also include investments in four hotels in Mallorca and one in Nice – many passengers will lose most of any potential refund.

Retired biology teacher Robert Russel had been looking forward to his holiday in Lanzarote with his wife Tove, 64, for months when the firm went bust.

He had to pay £300 for flights with another operator after already paying for his hotel and trips – but now expects to get back just £15.

Going into the meeting at the city’s Caledonian Hilton the 67-year-old said: “I’m hoping to get some of it back, but I have my doubts.”

After a private meeting with administrators he said: “We were told to expect about five per cent even after the sale of the remaining assets.

“People were pretty resigned to the news, no one was angry, but people have lost a lot of money – one gentleman there had lost £800 on his flights.

“They did say that they were surprised to find that the money that E-Clear was taking in just got put in one big pot.

“The administrators said there was no regulation at all and that E-Clear was not paying money into the things it should have been.

“They also said it would be a long protracted process and it would be around 18 months to two years before we got any money back.

Thousands of passengers were left stranded in airports around the world when the firm went under during the Christmas period, causing the loss of around 600 jobs.

The fate of the company has been blamed on failed credit card firm E-Clear.

E-Clear collapsed in January after the administrators of Globespan took it to court over the alleged non-payment of £35m that it should have received from passengers.

A room had been reserved for up to 300 people for yesterday’s meeting, but only around 60 turned out.

Among them was Pawel Horyszny, 31, lost £145 when his flights to Majorca were cancelled at Christmas.

Like thousands of passengers he is not protected by any of the credit card schemes.

He said: “We had to change the flights, because everything was booked, but it was only one way.

“I’m trying to get back £145 but I don’t know the full story. I just know that it collapsed, and everyone lost their jobs.

“Now we can attempt to get it back but I don’t know how likely it will be.”

Some passengers who booked by credit card are more fortunate, and are able to reclaim their lost cash through credit card protection schemes.

Tom Walker, spent £380 on flights to Majorca for his holiday next week, but found out last Christmas that his two week spring break had been ruined.

The 65-year-old said: “I booked my flight for a holiday next week but it was cancelled when Flyglobespan went bust at Christmas.

“I paid double in the end just to get there, but I paid on a credit card.

“Under the credit card protection scheme I should be able to get it back.

“I’m happy with the way that it’s been handled but I am unhappy that the company went bust, because I think they were providing an excellent service to Scotland.”

Bruce Cartwright, head of business recovery services at PwC, said: “The collapse of Globespan sent shockwaves through the industry and at the time of appointment as administrators, we stated that this would be an exceptionally complex process – and we were not wrong.

“We fully recognise that the last few months have been particularly challenging for employees and those customers and other creditors not covered by any form of insurance, or ATOL cover.

“We remain conscious of our commitment to them as administrators and will continue in our endeavours to maximise the return of assets.”

He added that his team are currently attempting to sell several properties and items to repay the passengers and firms who lost out when Flyglobespan went bust.

Mr Cartwright said: “At the moment we have got a couple of properties, two Edinburgh offices and the Glasgow office as well as other bits and pieces.

“The plane is on the market on lease at the moment and bringing in capital.

“It will be sold at whatever the market rate is.”

Mr Cartwright said that around 50 of the airline’s ground crew had since managed to find alternative work since the collapse.

But he added that the majority of staff would have to rely on Government schemes to claim any money back for lost wages.

FLYGLOBESPAN: day of tears for staff who learn they have lost jobs

FLYGLOBESPAN: collapse of firm means heartache for thousands of holidaymakers and travellers