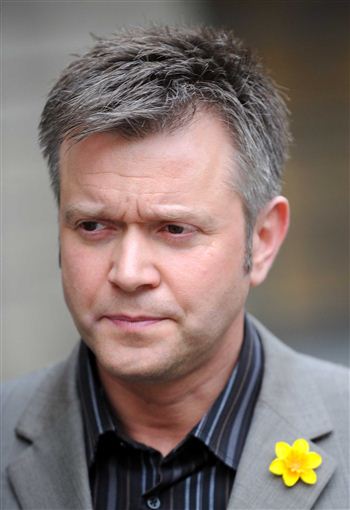 The 41 year-old, dressed in a suit and open-necked shirt, appeared at Edinburgh Sheriff Court accused of possessing a 5.5-inch metal rod referred to in police charges as a Kubotan.

The stubble chinned stage and TV star was first charged with having a weapon when stopped by police in the city’s Manor Place in the run up to Christmas last year.

Today (Tuesday) his legal team tried to have the case thrown out on the grounds that he thought the item – known as a Kubotan – was just a key ring and in no way a weapon.

But a Sheriff ruled there was a case to answer and expert witnesses were called to explain the difference.

Police constable Liam Fiztpatrick – a police defence and tactics instructor – told the Court that said Kubotans could be used for stabbing people or smashing car windows.

“I could kill somebody with that”

The 46-year-old told Edinburgh Sheriff Court: “You also get ones with spring-loaded punches or which can fire pepper spray when you pull a trigger.

“If it has keys attached it can be used as a flail, so if you fling that across someone’s face there is injury potential.” 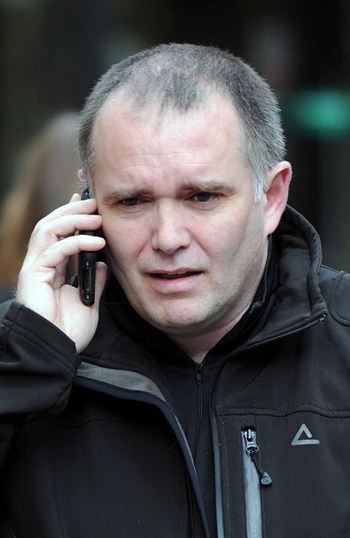 Prosecutor Neil Allan asked PC Fitzpatrick, lead trainer in officer safety at Lothian and Borders Police, what kind of damage a Kubotan could do if used to its full potential.

The officer said: “Worst case scenario, I could kill somebody with that, absolutely.

“It is down to the individual’s intention at the time.

“It would depend on his adrenaline at the time.

“If you’ve got somebody who is extremely enraged then there is no control on their actions.”


PC Fitzpatrick then demonstrated to the court various martial arts moves using a Kubotan on a court officer.

But Day’s defence agent Robert Fraser argued that he could do the same damage to somebody with a pen as with a Kubotan.

He said: “I can do exactly the same with a pen in my hand when striking an individual.

“Can it pose the same kind of injury as a Kubotan?”

PC Fitzpatrick said: “Of course it could.”

Another police expert, Sergeant Gary Russell, 42, told how Kubotan developed from being a self-defence tool used by the Los Angeles Police Department in the 1970s to being widely available in shops.

He said: “It was first used by US police and the prison service over there.

“It was used as a striking and restraining device to inflict extreme pain.

“Its nickname was the “attitude adjuster” because of its influence.

“These days you could go into a shop or buy it on the internet.”

No details were narrated in open court about how he came to be stopped by police on December 18.

But Mr Frazer argued that there was no case for his client to answer, claiming that the Kubotan was not a weapon and never intended to be used as such.

He added: “There is no evidence whatsoever that he has had any training in the techniques or uses of a Kubotan.

“There is nothing suspicious or untoward about the circumstances in which this Kubotan was found on the accused.

“His reply to caution and charge gives a clear indication of a lack of any purpose or intent.

“He considered it to be just a key ring.

“I do not consider this to be an offensive weapon having regard to the circumstances in which it was found.

“At its best, it has lost its offensiveness because it is a key ring.”

However Sheriff William Holligan repelled his motion to throw out the trial which was continued until next month for further witnesses to appear.